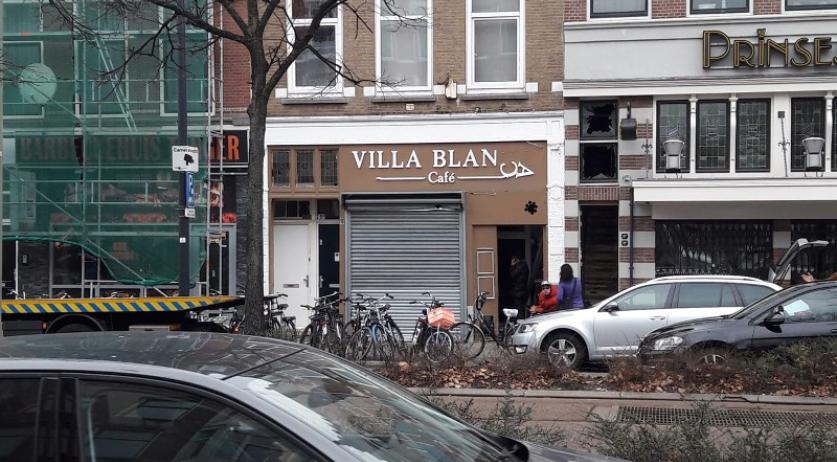 The police are investigating an explosion at sisha lounge Villa Blanca on Schiedamseweg in Rotterdam on Saturday morning. Investigators call on witnesses to come forward.

Multiple people reported the explosion to the police at around 5:00 a.m. on Saturday morning. At the scene responding officers found debris littered on the street. The facade of the sisha lounge was severely damaged. No one was injured.

A number of local residents were evacuated from their homes while the police made sure that there was no further danger.

The cause of the explosion is not yet known. The police are investigating.