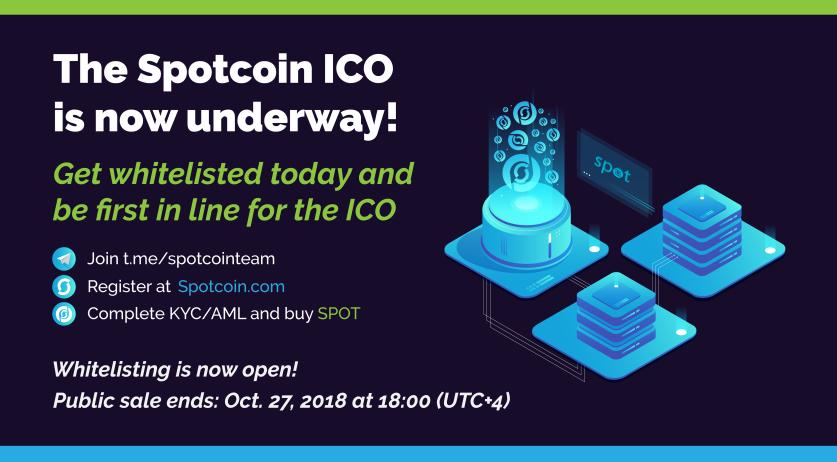 Be sure to join the Spotcoin ICO from Oct. 22-27 2018
cryptocurrency
ICO
Initial Coin Offering
Spotcoin
Tbilisi
Georgia
Share this:

This sponsored post is brought to you by Spotcoin.

Digital currency services provider Spotcoin said it raised over $5 million even before its initial coin offering launched on Monday afternoon. The company, based in Tbilisi, Georgia, previously said it was considering expanding its Amsterdam, Netherlands operations after the ICO.

“It’s a bear market. Not an ideal time to launch an ICO. And that was always a risk,” Spotcoin CEO Tim Gick said. “But we knew there was a need for simple liquidity, ease of access, and reaching the Black Sea Region of 300 million people. To us, reaching this milestone validates our mission and lets us know we’ve won the confidence of our investors, our whole community, even in the bear market,” Gick added.

“Now our primary emphasis is getting the exchange online as soon as possible. We want that access for everyone," said Byron Yoshida, the ICO Program Manager. "Plus, our investors will enjoy the bonus of dividends.”

The company has been involved in over-the-counter cryptocurrency trading since the winter of 2016. Funds raised in the ICO will allow it to expand its services with an automated digital exchange, and a growing currency mining operation. Later, the company plans to launch a payment processing platform with fees lower that could be lower than Paypal's. Spotcoin also plans to use its government and academic connections to build the Black Sea Blockchain Institute and Accelerator, to develop talent in the field and cultivate promising start-ups.

"We're on the right track," Gick noted. The Spotcoin ICO ends on October 27 at 6 p.m. (UTC+4), and tokens may be purchased through the company's website after investors' documents are verified.