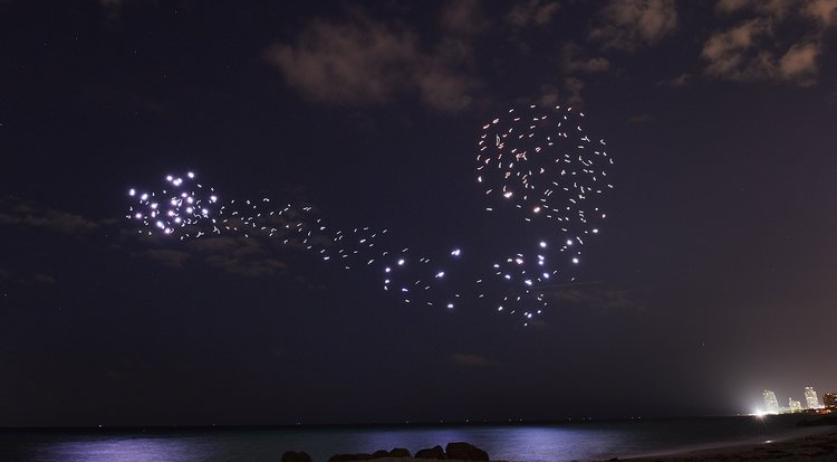 Three hundred drones lit up the Amsterdam sky above the IJ with a light show on Saturday night. The drones flew in different formations, inspired by the flight patterns of starlings, AT5 reports.

The show premiered in Miami last year. A special exception was made to have the show in Amsterdam on Saturday, because drones are actually forbidden in the airspace around Schiphol airport.

The show was scheduled to take place on Friday, but had to be postponed due to bad weather.