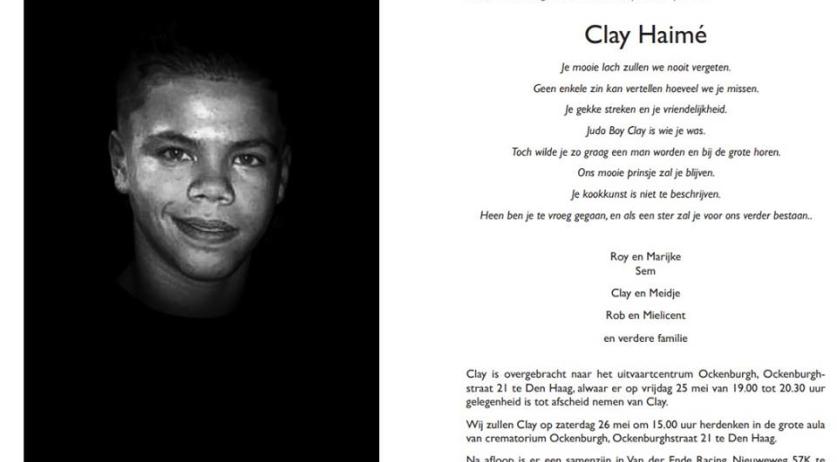 The Segbroek College in The Hague will hold commemoration on Saturday for 15-year-old Clay Haime, who passed away over the weekend. His family says that he died after participating in a social media challenge, AD reports.

In a post on Facebook, Clay's family writes that he died after performing "a stupid challenge", according to the newspaper. Exactly what this challenge entailed, was not said.

Djulan Gemesi, a friend of Clay, told Omroep West that his friend died because of an out-of-control internet hype, referring to the 'Choking Game', according to the broadcaster. Numerous videos can be found online of young people choking themselves for this challenge. Gemesi is convinced it wasn't suicide. "We always discussed everything, so if something was going on, we would have known about it. But he never talked about anything", he said to the broadcaster. "This challenge has to stop. The challenge also calls for keeping it absolutely to yourself."

The police could not confirm this to AD. "It is not certain what it was", a spokesperson said to the newspaper. "We do not know what happened. It is certain, however, that there is no question of a crime. Investigation was done, but it is no longer in the hands of the police. It remains a horrible situation. It is terribly sad."

Clay was a talented judoka and a member of the Hague judo association Lu Gia Jen. "Clay, topper, champion, buddy, words fail. It can not be understood. You will stay in our hearts forever", the association wrote on its website.