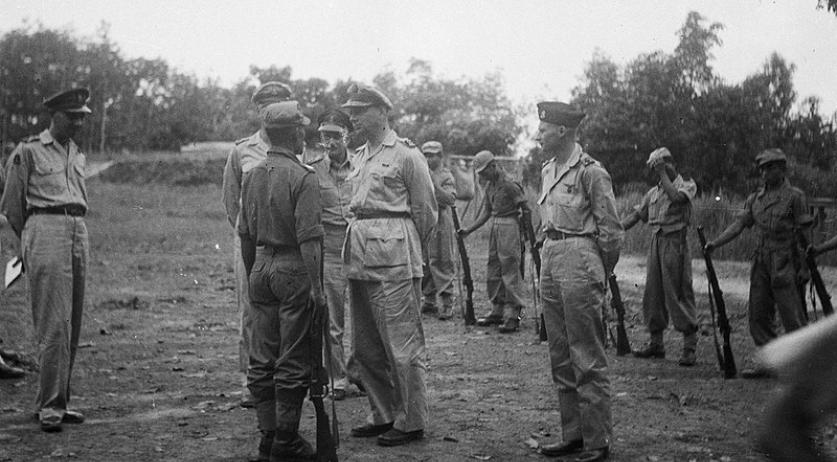 The children of former soldiers of the Royal Netherlands East Indies Army (KNIL) seek recognition for "a forgotten chapter in their history". Moluccans who came to the Netherlands as KNIL soldiers in 1951 were not always allowed to bring all their children, resulting in around 300 children being left behind, according to Maluku4Maluku, a foundation committed to getting recognition for Moluccan KNIL soldiers, NOS reports.

Maluku4Maluku wants the left behind children to be remembered in Dutch history. The foundation is investigating whether legal action against the Dutch state is possible. "I find this a violation of human rights. I want it to be rectified and we will not hesitate to find our way to court", foundation chairman Leo Reamaruw said to the broadcaster.

Saartje Letsoin, 67 from Rijssen, is one of the people who came to the Netherlands in 1951 without some of her siblings. She only found out years later that two sisters and a brother were left behind in Indonesia. "Only years later, after a lot of questions, did I hear from my mother that children stayed behind with grandfather and grandmother", she said to NOS. She recently learned that her siblings are no longer allowed to come to the Netherlands. "I've had nightmares about it. How can they do that?"

Letsoin's parents saw their left behind children for the first time again in 1974. Letsoin herself met her siblings for the first time in 1987. "I spent four weeks with them, we did not want to let each other go", she said. They now stay in touch on Skype, and with financial support. "I am happy that I now know how it is. It makes me sad, but I'm happy that I know."

According to NOS, Dutch historians are aware that KNIL soldiers left children behind, but they point out that breaking up families was not Dutch policy. There were also large families on the ships that brought KNIL soldiers to the Netherlands, and there are stories of families suddenly being much larger as cousins and neighbor children came along to the Netherlands as foster children.

Once in the Netherlands, when it became clear that the KNIL soldiers would not return home after six months, some tried to reunify their families. But while this was possible on paper, in practice it was very difficult to manage. The former soldiers had to meet all kinds of requirements and encountered mountains of bureaucracy in both the Netherlands and Indonesia. The diplomatic relations between the two countries were also very difficult after Indonesia's independence. And as years passed, there was less and less willingness, in the Netherlands at least, to cooperate with family reunification, according to the broadcaster.