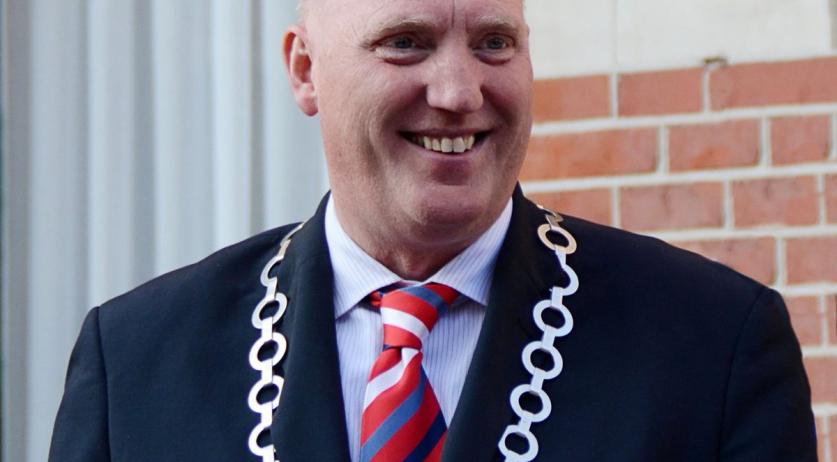 Pieter Smit, mayor of the Groningen municipality of Oldambt and member of the D66, died after going into cardiac arrest on Tuesday. He was 54 years old.

"This afternoon we heard the terrible news that our mayor Pieter Smit died of cardiac arrest. We lost our mayor, a beloved man. But his family lost their husband and father", the municipality of Oldambt said on Twitter.

"Shocked by the unexpected death of mayor Pieter Smit", D66 leader Alexander Pechtold said on Twitter. "The municipality of Oldambt loses an enthusiastic, approachable mayor. We lose a jovial party partner and a good person."

The news also came as a shock to the residents of the towns that fall under the Oldambt municipality. "I could not believe it, I thought it was a hoax. But it is unfortunately true", Ronald Callenbach from Winschoten said to RTL Nieuws.

According to Callenbach, Smit was a very social and approachable mayor. "I met him a few times at the clothing bank where I work, he was the ambassador there. He immediately asked what we needed and what we expected from him", Callenbach said to the broadcaster. "When I said that there was a need for children's shoes, he really made an effort to bring in more footwear."

"I did not know him personally, but he was a very positive and social man", Alex de Jong from Flinsterwolde said to RTL. "Not afraid of conflict, but someone who wanted to solve everything in the right way. Fair and straightforward, very sympathetic."

According to De Jong, Smit was a very popular man throughout the municipality. "Unfortunately he died of a weak heart, but he is in the hearts of all the residents of Oldambt."