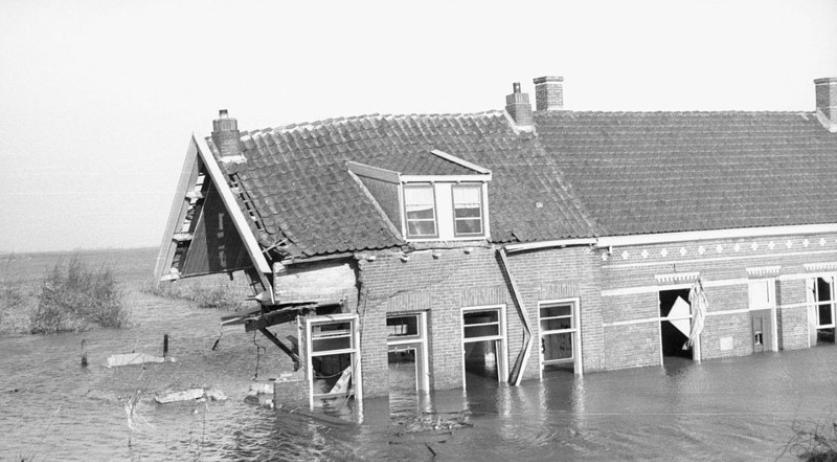 The police launched a new DNA investigation to try and identify the still unidentified victims of a disastrous storm and flood that hit the Netherlands on 1 February 1953. 65 years after the disaster, 106 of the total 1,835 people who died are still unidentified. For many, this DNA study is the last chance to find family members who died in the disaster, according to Hans Geldof, forensic investigator at the Zeeland-West-Brabant police.

Geldof is coordinating the DNA kinship investigation in Zeeland, where there are still 28 unidentified victims of the disastrous storm. "To identify them, DNA is needed of the first and second generation survivors of the disaster. The chance of a match is greatest in that group. But those people are between 70 and 100 years old, so there is not much time left", he said in a statement released by the police.

The National Office for Missing Persons launched a first DNA investigation in 2011, which provided a number of matches. Now this investigation gets a sequel. The police hope to identify all the unidentified victims of the disaster.

The aim of the new study is to collect as much DNA as possible from both the living and the unidentified dead. Municipalities in the Netherlands are responsible for the unidentified dead, and getting DNA from them is not always possible, as was seen in the first DNA investigation in 2011.

"Unfortunately not every municcipality wanted to cooperate, for administrative or financial reasons, or because they wanted to respect the dead", Geldof said. He hopes that this time around will be easier. "For many older people, the disaster is still a traumatic experience. That does not apply to the new generation, I notice. They ask questions, want to know what happened to their uncles and aunts."

So far 84 people in Zeeland responded to this year's call to give a DNA sample for this study. Their DNA will be compared to the DNA of the unidentified victims in the national database for missing persons.

The chance of a DNA similarity is now greater than ever, but actual matches are still rare. "But even if there is only one match, that gives a lot of satisfaction", Geldof said. "I spoke to an old woman whose sister we found after decades. I can not describe how happy she was. She did not, she said, dare to dream that this would happen at the end of ther life."

The Netherlands' largest natural disaster of the 20th century struck 65 years ago. A storm more than 600 miles wide raged through the North Sea, and ran into the Dutch coast. The suffering was incalculable. 1,836 people died. Tens of thousands of animals drowned, and there was great damage to buildings, agricultural land, and infrastructure. After the flood, Rijkswaterstaat built the #DeltaWorks to prevent similar disasters. Now and in the future.