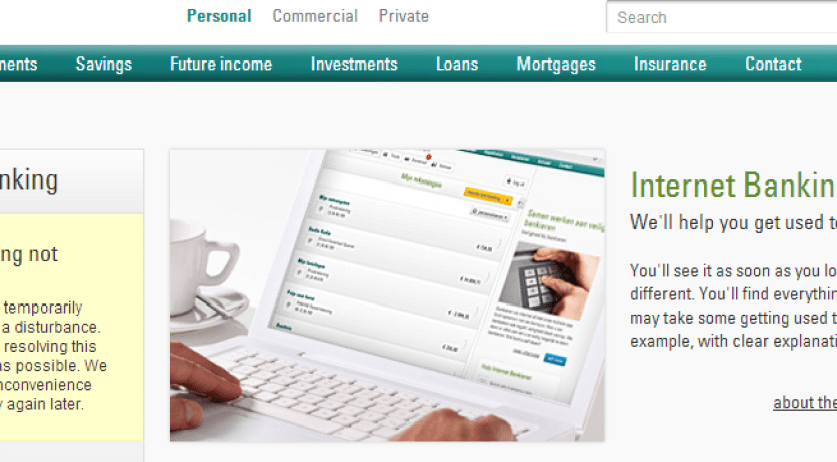 Dutch banks ABN Amro and ING were both hit by DDoS attacks over the weekend, leaving customers unable to use their mobile- or online banking for hours at a time, NOS reports.

In a DDoS attack large amounts of data traffic is sent to a particular website, overloading its server and thereby crashing the site.

ABN Amro faced three such attacks over the weekend, according to the broadcaster. The latest started around noon on Sunday and lasted till 2:00 p.m., a spokesperson for the bank told NU.nl. He emphasized that clients' personal data was never in danger. The bank announced early on Monday morning that all its services are back online. "ABN Amro apologizes for the inconvenience. The safety of payment traffic and customer data was not in danger", the bank said in a short statement on Twitter.

ING was hit by one DDoS attack. The bank managed to fix the disruption within a few hours, according to NOS.

It is currently being investigated whether the attacks on the two Dutch banks are connected.

Such cyber attacks on banks are now the order of the day, Klaas Knot, president of Dutch central bank DNB, said on television program Buitenhof on Sunday. According to him, the DNB website faces such an attack about every second. "That's the reality in 2018", Knot said. He added that the DNB is discussing this problem with banks, in order to ensure they can get their systems back up and running quickly after such an attack.