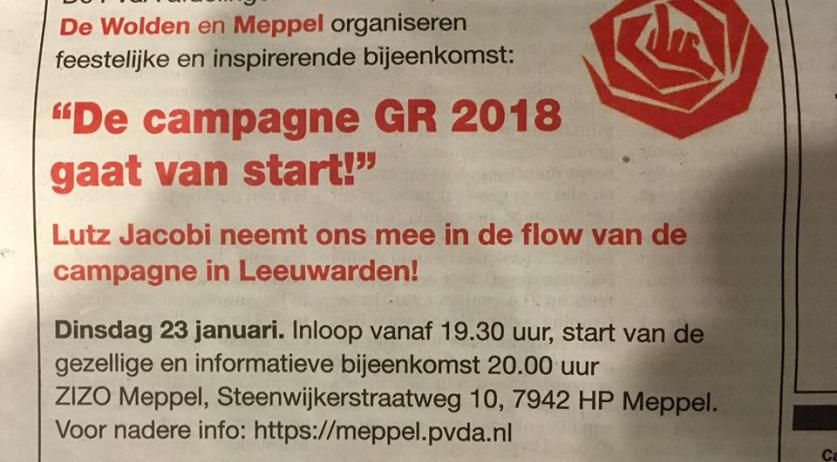 The PvdA faction in Meppel posted an advertisement in the Meppeler Courant on Tuesday, to announce the start of the faction's campaign for the municipal election in March. But in an unfortunate blunder, the wrong logo was used in the ad. Instead of the normal PvdA logo of a flower with a fist in its middle, the hand in this logo has its middle finger raised on high.

The Meppeler Courant admitted that it made a mistake, according to RTL Nieuws. The logo the designer received was too small, so he went looking for a larger version and did not notice that the one he found was different from the actual logo. How or where the designer found this logo was not revealed.

PvdA leader in Meppel Jolida Voetelink is furious. "In this way you give the finger to society and democracy. It is extremely sad and offensive, you make politics ridiculous", she said to RTL Nieuws, adding that this logo doesn't fit the party at all. "The PvdA is a social party, while this gesture is very antisocial. This is fake news. We put a lot of time into this event, and then this happens, that is very annoying."

Voetelink added that the newspaper sent them an apology. The event advertised happened on Tuesday and was a great success, she said. "It was a nice meeting."

A photo of the ad was posted on Facebook by Xander Topma, the leader of the SP faction in Meppel. "PvdA did not deliver the right logo to the Meppeler Courant. #oops", he wrote in the post.