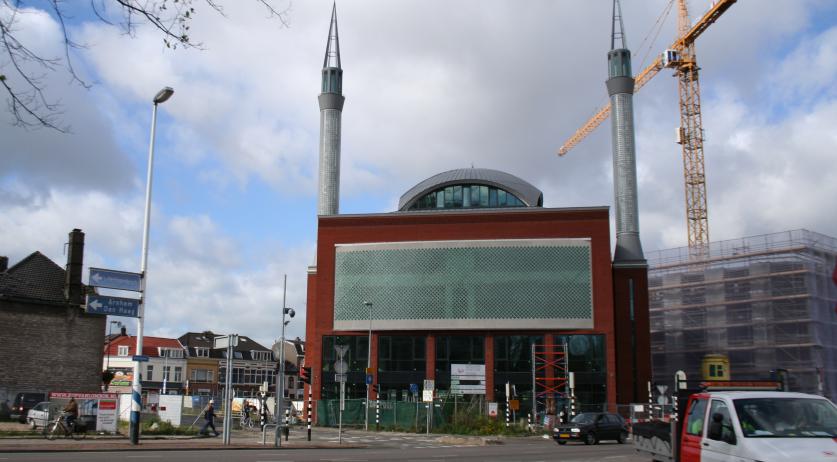 The Ulu mosque in Utrecht pressed charges against Henk van Deun, leader of the Utrecht faction of anti-Islam party PVV, on Monday afternoon. According to the mosque, Van Deun incited discrimination, hatred and violence by saying he'd prefer to see the mosque burn down on radio Bingo FM last week.

"We thought about it for a long time" Ulu chairman Ycel Aydemir said to newspaper AD. "Our skin is thicker than an elephant, but we think that a line has now really been crossed through the fear that has been cultivated."

Aydemir spoke to the members of his mosque on Friday. "I said: stay calm. Do not respond to provocations, don't do the same as the PVV does and do not look for confrontation. The fear among the members really touched me. The safety of our visitors is in danger. We don't only get members, but also pupils and non-Muslims. If people can not cross the street without fear or visit a location, you're freedom is curtailed.

"It's not just about the feelings of fear that are fueled by such a remark", Anis Boumanjal, the lawyer representing the mosque, said to AD. "Van Deun incited hatred, discrimination and violence through his powerful rhetoric. It must have been clear to him that with his words he could incite people to hatred or violence."

According to the laywer, Van Deun was given opportunity to retract this statement during the radio broadcast. "Van Deun did not take this opportunity. In doing so he at least took the considerable chance for granted that there would be someone who would add deed to word. That the chance is real, given the recent violence that has been committed on other mosques and the zeitgeist in which we live, is a given."

Following the commotion caused by his statement, Van Deun said that he did not mean the statement literally and plans to apologize to the mosque. There has been a discussion with Van Deun, Aydemir confirmed to AD. "That was not a face-to-face discussion. That will still happen. From our side, that is in any case desirable. We are open to a dialogue. How the PVV deals with this is up to them."

Henk van Deun refused to comment on the charges to AD.