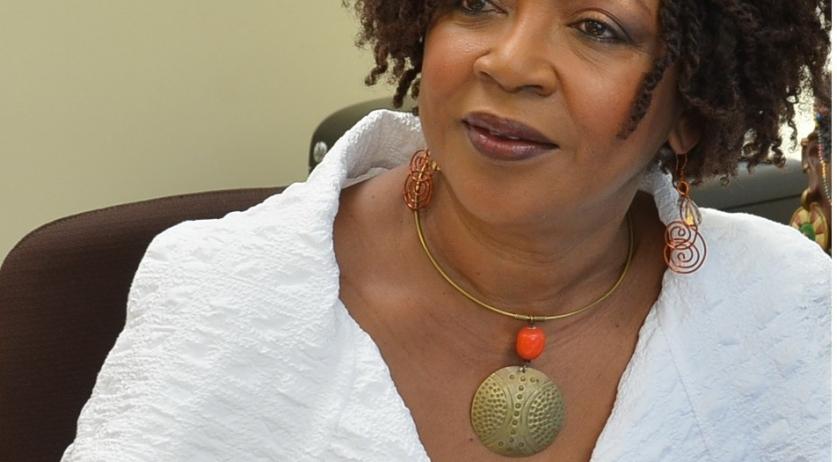 Verene Shepherd, a professor at the University of the West Indies and a former UN expert on people of African descent, still gets hate mail from the Netherlands four years after she criticized blackface Sinterklaas character Zwarte Piet. At one point she received up to 80 emails per day, riddled with hateful and racist remarks, the Jamaican professor revealed while giving a speech at a human rights conference in Jamaica on Sunday, Afro Magazine reports.

Shepherd visited the Netherlands as a member of the United Nations Working Group of Experts on People of African Descent in 2013. At the end of that visit, she denounced Zwarte piet as a racist stereotype of black people. "He is not just a nice, jolly man. Maybe in the onset of the Sinterklaas tradition people did not realize that people of African descent would have problems with it, but this is the 21st century and people have indicated that they have a problem with it. Then it is time to talk about change", she said back then.

This was met with an immediate flood of hate mail from Zwarte Piet supporters in the Netherlands. "My email account at the university had to be closed down for about two years because it crashed the system", Shepherd said on Sunday. She showed slides of emails she received, some sent as recently as October of this year.

One email, sent on October 22nd, read: "Of course we'll celebrate this year's Sinterklaas with all the traditions respected, so Zwarte Piet will be traditional as well and there's nothing you can do about it you ***** black racist! If you really want to be useful you'd better kick all lousy blacks (back) to work! Sinterklaas and Zwarte Piet are going to stay forever, just accept that ugly black *****************" The stars represent words that had been blacked out on the slide.

Some emails were accompanied by doctored photos of Shepherd portrayed as Zwarte Piet. "This email in which I have been 'blackpietized' speaks volumes. But I guess I am in good company, based on these images in European media", she joked, showing pictures of Barack and Michelle Obama, and former French Minister of Justice Christiane Taubira portrayed as monkeys.

The slideshow was met with a buzzing of shock from the audience, according to Afro Magazine.

Despite the floods of hate mail from the Netherlands, Shepherd hasn't changed her position on blackface Zwarte Piet. "The Zwarte Piet Christmas celebration that is supposed to be a children's festival, teaches children racism from an early age", she said on Sunday.

The conference was held on December 10th, Human Rights Day.