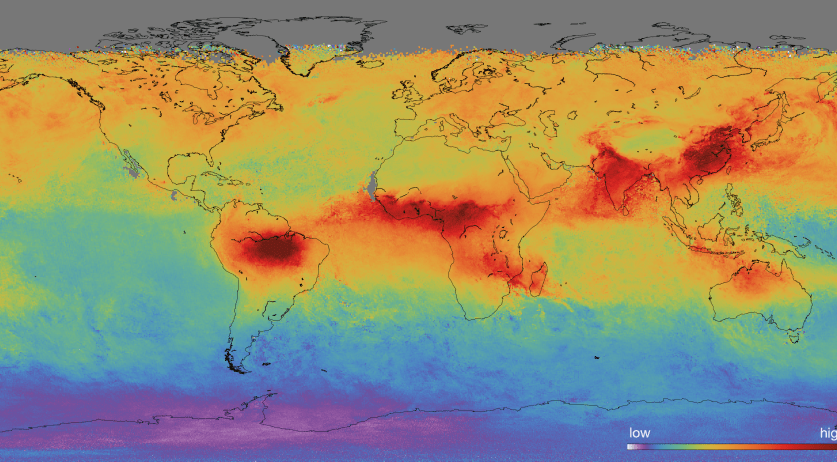 The Dutch space instrument Tropomi sent its first images back to earth on Friday. The instrument was launched in October with the mission to accurately measure and map the pollution of the earth, the Telegraaf reports.

The Tropomi images clearly show clouds of nitrogen dioxide above the Netherlands, according to the newspaper. These are caused by traffic and industry. There is also a significant concentrations of carbon monoxide, caused by burning fuel and wood above India and the Amazon. The air above the east coast of China was also determined to be highly polluted.

Tropomi makes new global pollution maps daily, and will continue to do so for at least seven years. The images it takes are free to use for scientists around the world, the Telegraaf reports.

Tropomi stands for Tropospheric Ozone-Monitoring Instrument. It is a five-channel, full-range UV/VIS/NIR/SWIR spectrometer, and is produces non-scanning images of whatever is directly below it. The instrument is housed within the European satellite Sentinel 5P.

From design to launch, the Tropomi cost around 220 million euros, according to the newspaper. The Netherlands paid about half of this amount. The instrument is one of the Netherlands' major space projects of recent years. Others include astronaut Andre Kuipers' long stay in the international space station ISS and the construction of a large robotic arm for the ISS. This arm may be launched next year.