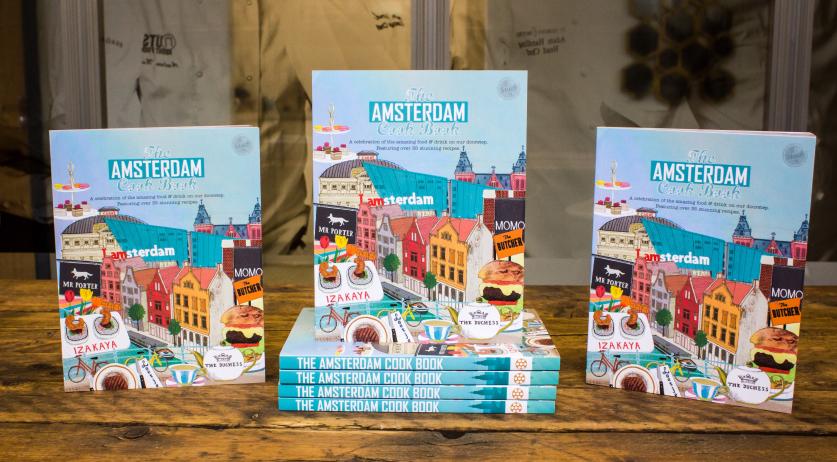 A new cookbook featuring 35 different restaurants in the Dutch capital is available for purchase just in time for Sinterklaas. The Amsterdam Cook Book compiles recipes from some local favorites and some chains known around the Netherlands.

The stories of founding chefs and restaurateurs plays a prominent role in the book, as do the neighborhoods that play host to some of these gems.

Sinterklaas #giveaway! We're giving away three copies of The Amsterdam Cook Book, with 35 recipes from restaurants like...

"I have spent the last few years building up my career in this great city, so it’s an honour to be in the same book with so many well-respected
chefs and restaurants,” said Justin Brown. Brown opened The Chippy a little over a year ago, and the book features his popular fish & chips recipe. It also details his pork belly bao bun from his trendy Bao Buns Amsterdam pop-up.

"Amsterdam continues to feel like a new place to me; it’s cosy – more like a cosmopolitan village with its small streets and shops, and that’s what captured my imagination," said TV chef and restaurant owner Alain Caron. "I hope this appetizing book captures your imagination too!”

He wrote the forward to the book, and provided the escargot with monkfish fritters recipe from Café Caron.

The Amsterdam Cook Book is available for €19.95 from book stores and the restaurants profiled. It may also be purchased on the Amazon UK site.