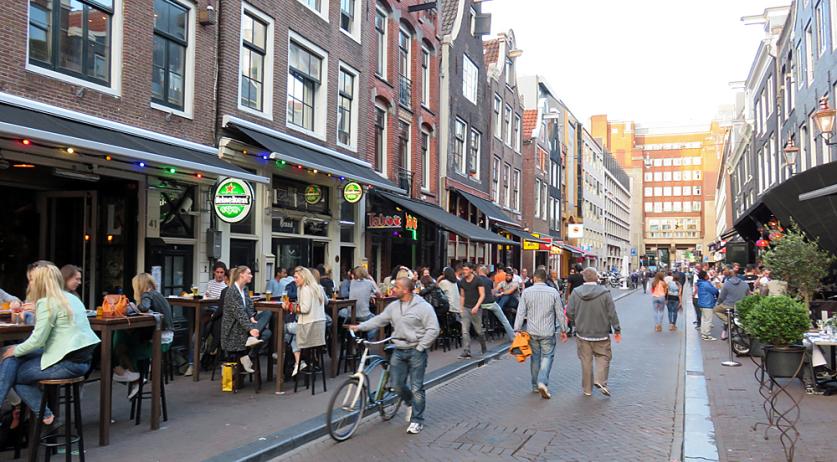 The municipality of Amsterdam will intervene in spontaneous parties on Reguliersdwarsstraat during Gay Pride this year to prevent overcrowding, mayor Eberhard van der Laan wrote to the city council. All parties happening on the busy street without a prearranged permit, will be stopped, AD reports.

Last year the bar and restaurant owners on Reguliersdwarsstraat decided that they wanted to keep the Gay Pride parties "small" and therefore withdrew from the general Gay Pride party permit. Despite this, a street party was announced at the last minute - outside the permit. The street was quickly very crowded and the police had to intervene to keep the situation under control.

"A very undesirable situation, because at the same time, the supervisors were also needed at other, permitted, street parties and events", the mayor wrote.

The municipality disapproves of this "free-rider behavior" of the businessmen on Reguliersdwarsstraat. Therefore, this year during Gay Pride only public parties that fall under the general Pride permit will be allowed. Businesses who don't fall under the umbrella permit and still hold a party, can count on intervention, according to the mayor.

Last year the bars and restaurants on Reguliersdwarsstraat decided to withdraw from the general license, because they want to get rid of the title of "gay street". This year they also declined being part of the umbrella permit, according to the municipality. Given the street's reputation, it is expected that the street will be very busy during Gay Pride. The mayor will try to find a solution with the local business owners, he wrote.