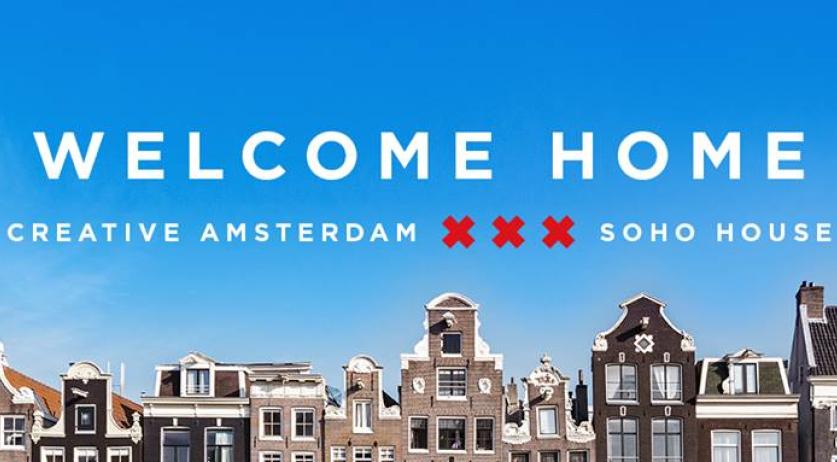 Over a thousand people expressed support online for an establishment of the members-only club Soho House to open in Amsterdam. Previous plans to open an Amsterdam branch of the exclusive club, were blocked by the Amsterdam court last month, AT5 reports.

Project developer Aedes planned to open a Soho House in the former Bungehuis building on Spuistraat. Local residents went to court to object, worrying about inconvenience and nuisance the exclusive hotel may cause. Last month the court ruled that the permit for the club was wrongly granted.

Soho House supporters turned to Facebook to garner support for a Soho House in Amsterdam. "The creative industry from Amsterdam is passionately calling for the arrival of the membership only club Soho House to the center of Amsterdam. We Amsterdammers want a house where we can meet international friends and colleagues. We love Soho House Amsterdam!" they write.

Some 1,250 people liked the page so far. "Soho House is an absolute asset to Amsterdam as a city and also for the creative sector", one fo the supporters wrote on the page. "Amsterdam is not an international city without a Soho House", another said.

According to Aedes, Soho House is a unique concept and an addition to the city center. It is not just a hotel, but a private club for the creative industry, AT5 quotes the developer. Soho House is a meeting place where artists can do business over lunch or drinks.