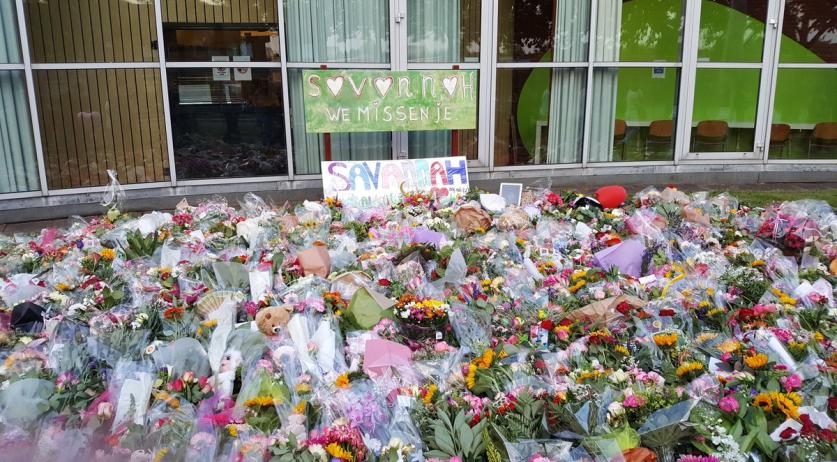 Many thousands of people flocked to Bunschoten on Thursday evening to take part in a silent march for murdered 14-year-old Savannah Dekker. Savannah's family members did not join the march, because they did not feel emotionally up to it, Bunschoten Mayor Melis vn de Groep said. "Our togetherness is for the family a great hung from our loving community. Savannah always greeted everyone with a hug", he said before the march began, NU.nl reports.

Flags throughout the town were hung at half mast on Thursday evening and the church bells rung before the march started. Many participants in the march were teenagers. Many carried colorful flowers, like Savannah's family said she liked.

The mayor thanked all the participants on behalf of Savanna's family. According to him, they are grateful that the march was organized, describing it as a 'blanket of love'. "At the same time, they take strength from our empathy and crying and from the good messages and help they've received from literally all sides since Thursday evening", Van de Groep said. He added that the family believes that the law will punish those responsible. "Let's follow their example."

The Bunschoten community is still in shock. "Last week we could not imagine everything that would happen since Thursday", the mayor said. "That this happened to one of us. It is still unreal. It will also take much of our togetherness, social input and our faith to process it. What happened to Savannah and Romy should not have happened, should never happen again, but unfortunately may somewhere happen again. Therefore: keep an eye out for each other and look after each other. Overcome evil with good."

The mayor's speech was followed by two minutes of silence.

Savannah disappeared after leaving home to meet classmates on Thursday last week. Her body was found in a watery ditch on industrial terrain De Kronkels in Bunschoten on Sunday. A 16-year-old boy arrested in connection with her death, was remanded into custody for 14 days on Thursday. The magistrate ruled that their is sufficient suspicion against him to keep him in custody for the time being.

On Thursday night Public Prosecutor Jet Hoogendijk said that more people may have been involved in Savannah's death and that more arrests may follow.