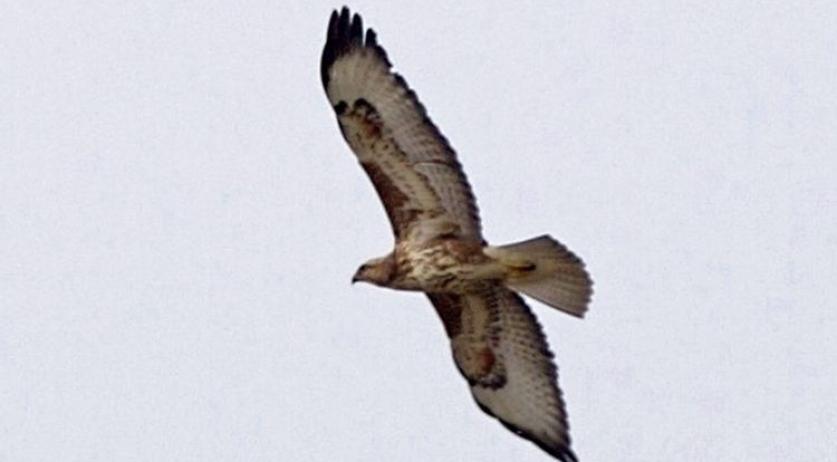 A buzzard living in Drenthe seems to have taken a disliking to a certain cyclist. Theo Rook from Westerbork was attacked by the bird of prey four times last week. The attacks always happen in about the same spot on his cycling route from Westerbork to Emmen, RTV Drenthe reports.

The first attack happened last week Monday. Rook felt something on his head while cycling between Orvelte and Wezup. He initially thought a branch had fallen on his head, but when the same thing happened that evening, he quickly looked up and saw a bird flying away. The next morning it happened again. "And then I looked a giant bird right in the eyes", he said to the broadcaster. "Truly a whopper." The fourth attack happened this morning.

Falconer Jan de Vries calls the attacks remarkable. "Usually the fear of man is so great that the bird wouldn't dare. But this bird seems to have the courage to chase away man too." he said to RTV Drenthe. "The intruder, in this case a human, is too big to tackle completely, so he deals out a fierce tap with his sharp nails. That is quite something, to be tapped by a bird of prey." Some birds of prey can fly up to 150 kilomeers per hour.

Two years ago another Dutch town was terrorized by a bird of prey. An owl attacked 50 people in Purmerend before being caught and taken to a bird sanctuary.