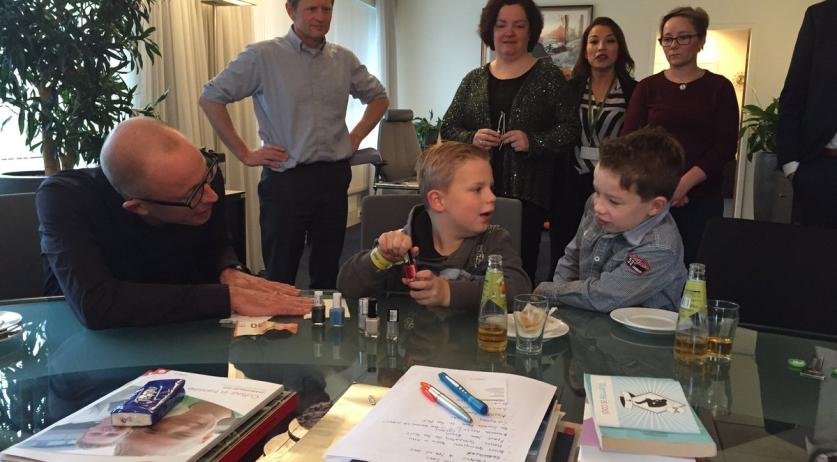 Pope Francis sent a letter expressing his apostolic blessing over terminally ill six year old Tijn Kolsteren from Hapert. Tijn, who suffers from a rare form of brain cancer, made national headlines in December when he raised over 2.5 million euros with a paint-your-nails action for Serious Request, ANP reports.

Along with his blessings, the Pope also sent Tijn a cross and a picture of himself.

The Pope became aware of Tijn's story through Nijmegen pastor Johan Flapper. "That he worked for other sick children so that they may become older than he really touched me", Flapper said to Omroep Brabant. "I saw in his actions that of the Christ child of Bethlehem. That's why I wrote a letter to the Pope.

Flapper received the letter from Vatican city and it is still in his possession. He would like to give it to Tijn and his family as soon as possible, but so far could not get in touch with the family. "His Holiness guides the small Tijn with prayer and trusts him to the intercession of Mary, consoler of the afflicted. Sincerely the Holy Father imparts his apostolic blessing on young Tijn and his family."