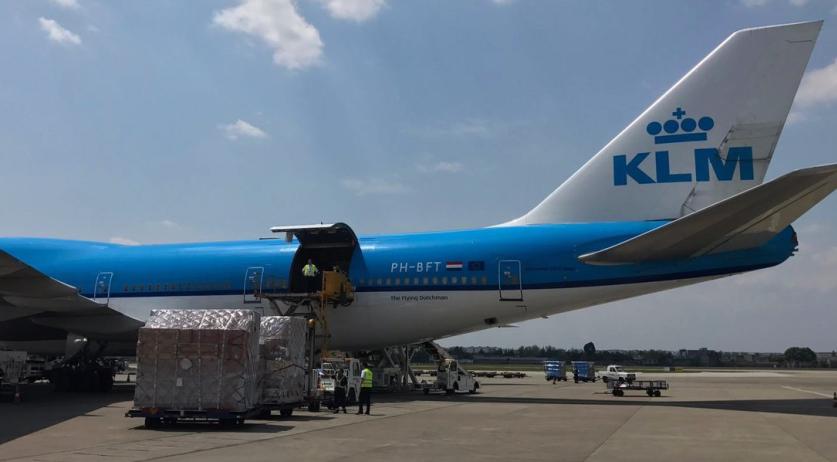 Giant Pandas board KLM flight set to land at Schiphol after 7 p.m.

Giant Pandas Wu Wen and Xing Ya are aboard KLM flight KL0892 and en route from Chengdu in China to Schiphol Airport. They are expected to arrive at the Amsterdam airport just after 7:00 p.m., Het Parool reports.

After their arrival, the pandas will be transferred to an animal hotel at the airport, which is run by KLM. There they will be received by the Chinese ambassador to the Netherlands and 40 children. A selected group will be able to catch a quick glimpse of the pandas.

Then the pandas will travel to their new home in Ouwehands Zoo in Rhenen. They will each travel in their own truck in a celebratory motorcade. At the zoo they will spend four to six weeks in quarantine, giving them time to recover from the stress of their travels.

It is not yet clear when the public will be able to see the pandas.