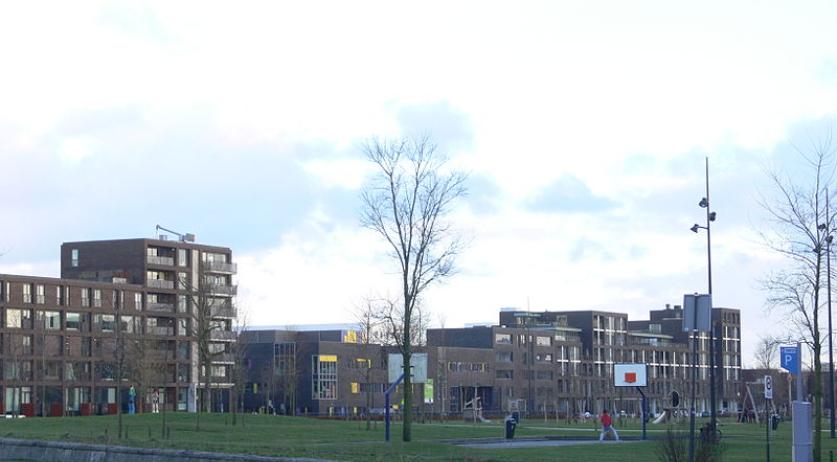 In a television program on Belgian broadcaster VRT an IJburg resident and PVV voter Zandra Lammers paints the Amsterdam neighborhood as radicalized, crime infested and derelict. Other IJburg residents are shocked and outraged by the claims made, AT5 reports.

The Belgian broadcaster introduces IJburg as a "neat new district, just outside Amsterdam, located on the IJsselmeer". Then they give Lammers the word. She was interviewed because she will soon be voting for the PVV, according to AT5.

Lammers is much less enthusiastic about IJburg. "I do not find IJburg cozy", she said. "We experience nuisance. This block has twice been raided by the police, wood in front of the windows and stuff." She also said that there is a "radical mosque" in the neighborhood, referring to the IJburg mosque. According to AT5, there have been no known incidents at the mosque.

At one point Lammers calls kids playing football "problem youths". "Here you can see the signs of decay", she said. "These are young people who cause problems, such as burglaries and robberies. They must constantly be kept busy." THe VRT reporter points out that they are only children. And Lammers admits that she was talking about high school students.

Lammers would like to move, she said to the Belgian broadcaster. "But it's difficult because of the high housing prices. I would prefer to go back to the city, but that is true for many people. We're simply stuck."

Many other IJburg residents could not believe their eyes when they saw the Belgian report. "Where that 'decay' is, I can't say", one resident said to AT5. "I hate to hear it, because I feel it isn't so", another said.

The IJburg Mosque was also shocked by what Lammers had to say. "We are not a radical mosque", a mosque visitor said to the Amsterdam broadcaster. "We are specifically against it. If you have problems with the mosque, then come along. Come talk, sit at the table."

Despite the commotion, Lammers stands behind her idea of the neighborhood. "It's becoming pretty grim, I think", she said to AT5.