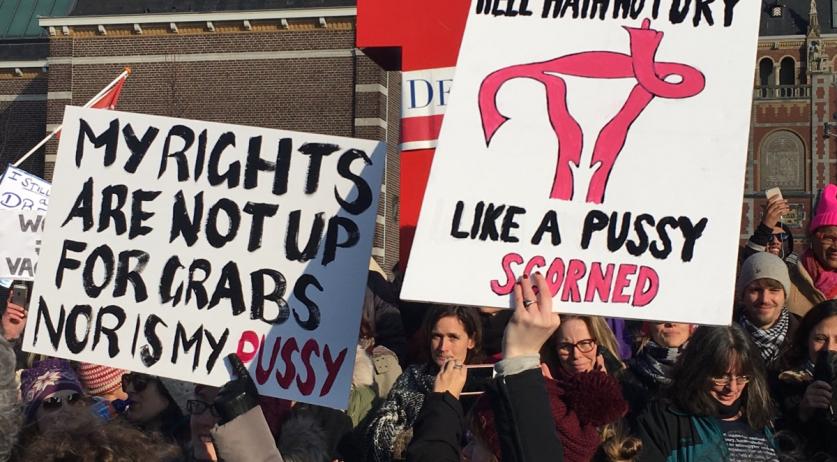 On Saturday hundreds of thousands of mostly women, but also some men and children, gathered around the world to protest against intolerance and inequality after the inauguration of new United States president Donald Trump. In the Netherlands an estimated 3 thousand people gathered on the Museumplein. And in the Hague hundreds of people took part in a protest march.

According to the various organizers of the 670 Women's March demonstrations around the world, almost a million people demonstrated on Saturday. The protesters are worried about the fact that Trump seems to have little respect for women and sexual minorities, and about his demeaning remarks about Muslims and immigrants.

The biggest demonstration happened in Washington DC, where some 200 thousand people protested according to BBC. There were also protests in Berlin, Brussels, Barcelona, Budapest, Ghana, London, Marseille, Rome, Sydney and on the bridge between the United States and Mexico.