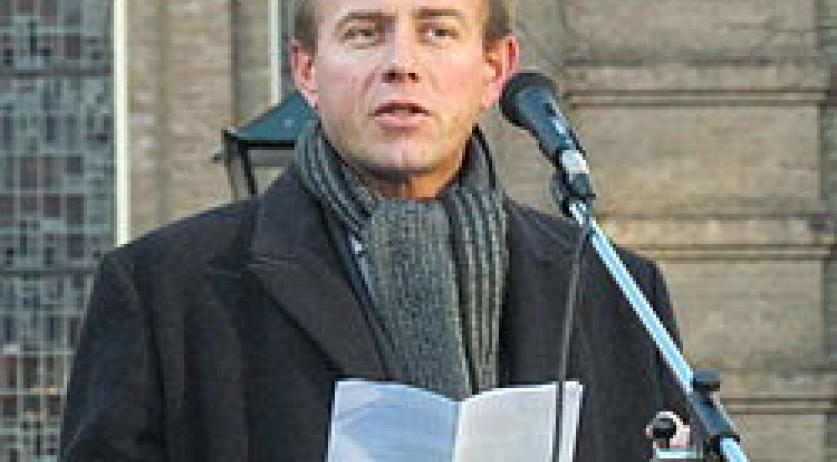 The SGP is focuessed on security and family in its campaign for the elections in March next year. The Christian party wants 4 billion euros extra for Defense, and 1 thousand euros for first time parents, NOS reports

According to the SGP, the world is rapidly becoming more dangerous and a "strong" army is needed to protect against it. "Security comes with a price tag and we have to pay it. Otherwise the price may well be too high." The party wants 5 thousand more police officers and neighborhood officers in villages nad neighborhoods.

The the SGP wants first-time parents to receive 1 thousand euros to help with their first child. "Parents make hefty costs, in particular at the arrival of the first child", party leader Kees van der Staaij said to NU.nl. This extra money can give couples that little push in deciding to have a child, "because it is often the costs that make couples postpone."

This plan will cost 80 million euros per year. The 1,000 euros is in addition to the child allowance and intended for all Dutch citizens, regardless of income. According to the party, such a "baby bonus" is not unique. "Other Western European countries already do it. In Belgium, parents get more than 1,200 euros at the birth of the first child and 900 for the following children. France gives 900 euros."

The SGP aslo pays great attention to the traditional family, according to NOS. The Christian party wants the "traditional values" of a family that is comprised of a father, mother and children to be added to the Constitution.

The party also wants to reduce the healthcare deductibles, like the PvdA.

Other than that, the election campaign includes a number of familiar themes such reducing abortions and keeping assisted suicide illegal. "We want to give more protection to vulnerable life." And removing prongraphic magazines from the shelves of stores and petrol stations. And while the party does not explicitly call for the introduction of the death penalty, the SGP does want suspects of serious crimes to be extradited to countries that have the death penalty.