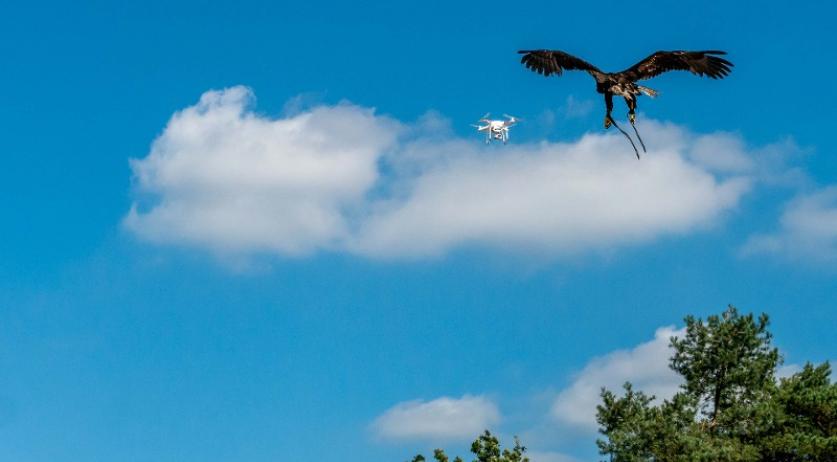 The Dutch police bought a number of eagles and are currently training them to hunt drones. The police expect that they will be ready for deployment by next summer. The first trial to see whether eagles can be used to hunt drones was started about a year ago, with the police working with a specialized birds of prey company. According to the police, this trial proved successful, which is why it was decided to invest in a number of bald eagles. The eagles are being trained to see the drone as prey. In nature eagles tend to take their prey to a safe place. The police eagles are being trained to take their "prey" to a place designated by the police, to prevent a drone randomly falling into a crowd. The birds will be stationed in several locations across the country so that they can be deployed quickly. Bald eagles have scaly claws that protect them against bites from their prey. These scales also protect the claws from drone propellers. But TNO is currently developing a special claw protector for the larger types of drones. Another of police officers are also being trained as bird handlers.