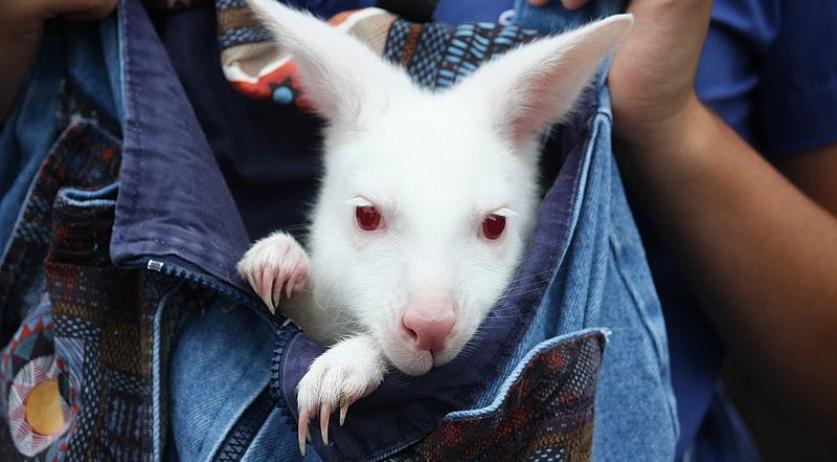 A rare albino wallaby was stolen from a park in Someren somewhere between Tuesday night and Wednesday morning. Someone broke open the fence and took the animal, the caretaker of the park where the animal was kept told Omroep Brabant. The caretaker believes that the perpetrators were after the little wallaby in particular - no other animals were stolen, not even the wallaby's parents who live in the same enclosure. The park reported the theft to the police, but is not very hopeful that the wallaby will be returned. There is no security cameras at the location. The albino wallaby was important to the park as it attracted many people to Someren.