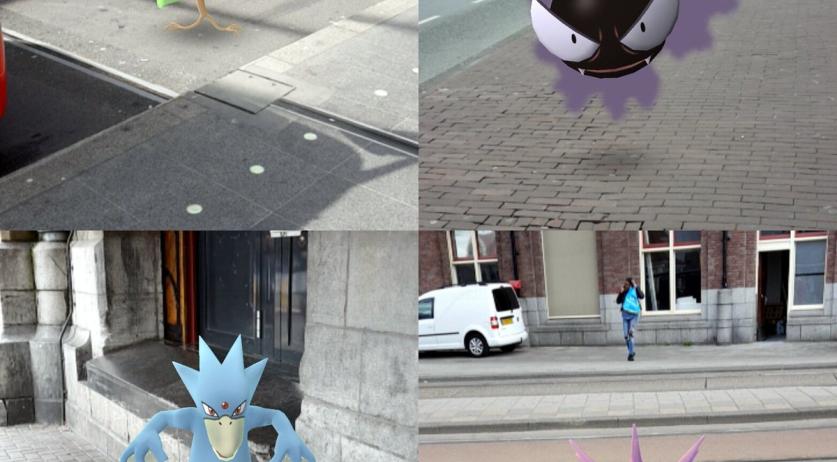 Pokemon Go is causing headaches for police officers across the Netherlands. From police forces' posts on Twitter, it seems that the police have their hands full with reports of suspicious or dangerous situations to do with the smartphone game. Pokemon Go was released last week, though it is not yet officially available in the Netherlands. But many a Dutch have managed to get hold of the Nintendo made game through digital loopholes. In the game you use your camera phone to spot and catch Pokemon in the real world. The result is players walking the streets, looking only into their camera phones and not paying attention to their surroundings. This can lead to dangerous situations, like a player walking in front of a car without looking. But also to confusion among other Netherlands' residents who don't know about the game. "Just addressed a group walking towards the city center", the Eindhoven police tweeted. "All with cellphone in hand with eyes only for the display. When addressing them it turned out they were looking for Pokemon. So you learn something every day."

The Amsterdam police issued a warning for players to be alert and to explain what they're doing when someon asks. The Academic Medical Center in Amsterdam is also experiencing some problems around the game, with people walking around in areas where no visitors are allowed. "There is a sick Pokemon in the AMC - we will care for him. We would appreciate it if you don't visit." The hospital said on Facebook.

Pokemon Go in Amsterdam: #Psyduck enjoying a walk in the Leidsestraat. pic.twitter.com/SBBelwY8mm