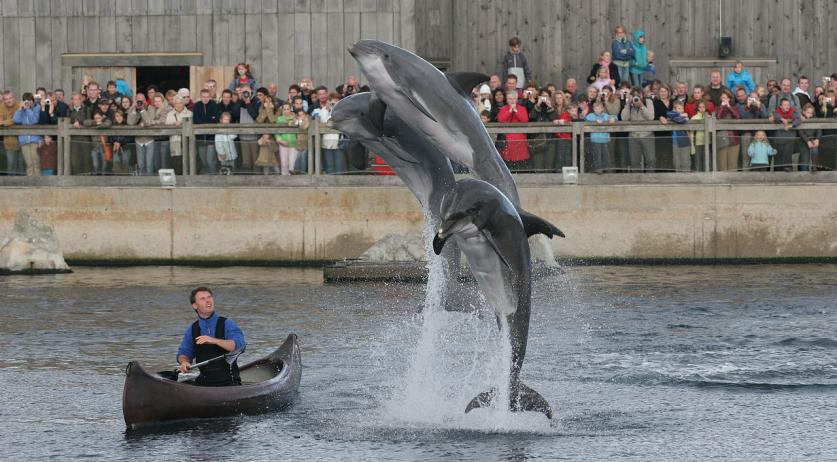 The dolphins in the Dolfinarium in Hardewijk are happy and well cared for, Dolfinarium veterinarian Niels van Elk said to BNR in response to protests outside the aquatic center on Tuesday. The protests followed an RTL Late Night broadcast in which animal activists Ric O'Barry called it a disgrace that the animals are being kept captive in the Dolfinarium. "There are animals who have never seen the sky. About 60 people answered his call to protest outside the Dolfinarium on Tuesday. "Marine mammals that have to do tricks in too small tanks for food, that does not belong here", one of the protesters shouted. But according to Van Elk, it is not as bad as the protesters make it out to be. "The dolphins feel at home here", he said to BNR. According to him, it is not pitiful for the animals to do tricks in exchange for a snack. "It is scientifically proven that they are happy before a show. I keep an eye on that." Van Elk added that the Dolfinarium is not simply ignoring the protests. "We have to remain sensitive to what society thinks and react proactively to it. That is an absolute necessity." he said. "It is possible that we wont exist any more in ten year's time, but now a large part of society still finds the Dolfinarium fun."