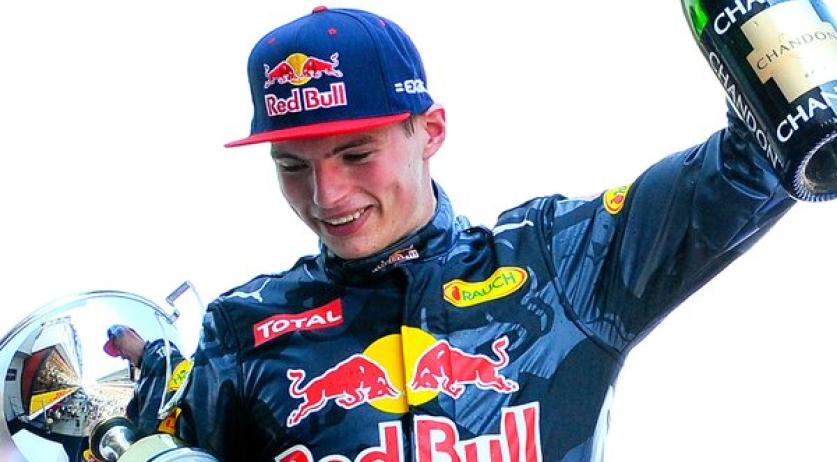 In Spain on Sunday 18-year-old Max Verstappen became both the first Dutch and youngest racer ever to win the Grand Prix. "I can not believe it", the young Dutchman said after what he describes as an "incredible and fantastic" race, NU.nl reports. "It is unbelievable that I won straight away at Red Bull Racing. I want to thank the team, they gave me a great car", Verstappen said. Verstappen finished the race with both Ferrari racers Kimi Raikkonen and Sebastian Vettel short on his heels. "The Ferraris were a bit faster and the pressure from Raikkonen was big, but it is difficult to overtake on this circuit. It was an amazing feeling to ride in the lead and then to win. I was hoping for a podium spot beforehand, but this exceeds my wildest expectations. Until Sunday Verstappen's father was the only Dutchman to reach a podium spot in the Grand Prix. He struggled to describe his feelings on his sons victory to NU.nl. "I have no words." he said to the newspaper. "I even got a nosebleed from the stress. He drove an incredible race. Max knew damn well how to do it. Until the last corner he kept doing everything right." Both Prime Minster Mark Rutte and Sports Minister Edith Schippers expressed their congratulations to Verstappen on Sunday. The Prime Minister called the victory "a very nice achievement". "Max Verstappen reached an unique achievement", Schippers said to the Telegraaf. "The fist Dutchman and the youngest driver ever to win a Formula 1 race. A historic day for the Dutch sport. All of the Netherlands is proud of this world feat of Max."

Still can’t believe it… Pure happiness! Thanks @redbullracing and all my supporters! #SpanishGP #firstwin pic.twitter.com/M3uSOxuSog