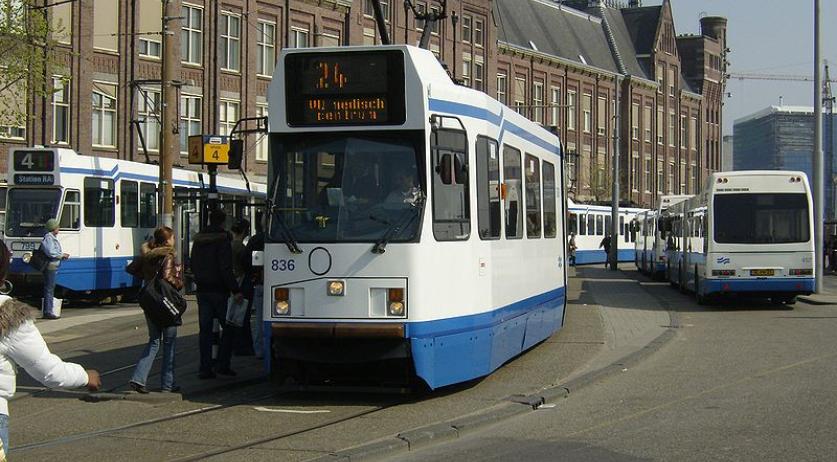 Amstelveen is fighting against public transporter GVB's decision to change the route of Tram 5 after the Noord/Zuid subway line starts operating in October next year. Changing Tram 5's route will mean that Amstelveen is no longer directly connected to Amsterdam Centraal, Het Parool reports. In GVB's plan Tram 5's final stretch will no longer be between Leidseplein and Amsterdam Centraal. The tram's final stop will be moved to Westergasfabriek or Zoutkeesgracht, the final stops for line 10 and line 3 respectively. It was also already agreed that Tram 51 from Westwijk will get a new route. Tram 51 will no longer stop in Amstelveen center. With both these routes being changed, Amstelveen will no longer be directly linked to Amsterdam Central Station. "In February we made clear agreements: if the route of line 51 lapses, then the the regular direct tram connection with Amsterdam Centraal should remain in place", alderman Jeroen Brandes writes to the Amstelveen municipality, adding that he has no idea why this agreement is now again up for discussion. According to Brandes, it doesn't matter that people traveling from Amstelveen to Amsterdam Centraal can do so more quickly by getting on the Noord/Zuid subway line in Amsterdam-Zuid. Because Amstelveen residents who want to travel to Dam square, for example, will have to make an extra transfer. Eric Bosman, spokesperson for GVB, told the newspaper that changing Tram 5's route fits into the larger puzzle of public transport once the Noord/Zuid line is operational. The GVB wants to use fewer trams to Amsterdam Central, instead deploying them in other places in the city to deal with the growing crowds.