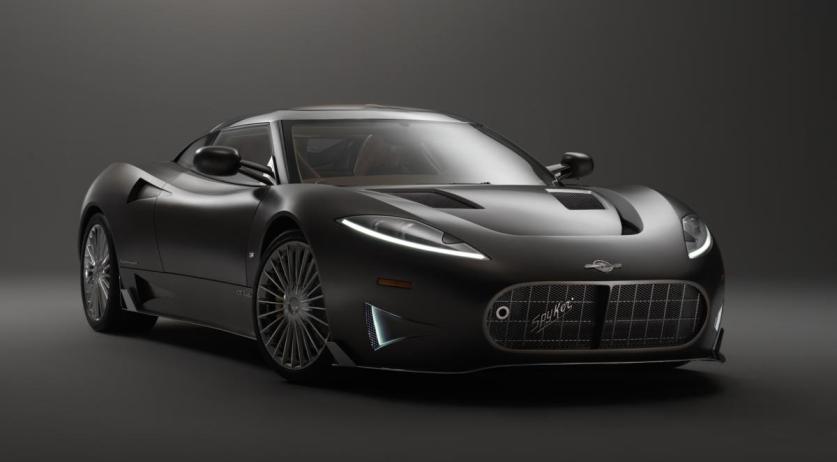 Dutch supercar producer Spyker unveiled its new sports car Spyker C8 Preliator in Geneva. The C8 Preliator is a 525 horsepower car, can reach a top speed of 323 kilometers per hour and costs around 324,990 euros. "When I designed the Spyker C8 Preliator I wanted it to ooze the sheer tenacity and determination with which we created a new dawn for our company and by launching it here today we pay homage to the Latin axiom which has adorned the Spyker propeller logo since 1914 'Nulla tenacia invia est via' - for the tenacious no road is impassible", Spyker Founder and CEO Victor Muller said at the unveiling. This unveiling is the umpteenth resurrection for Muller en Spyker. A year ago Spyker was on the verge of bankruptcy, only managing to survive it through a merge with electric aircraft manufacturer Volta Volare. Other past mistakes include the purchase of an F1 team, only to resell it a year later, and the acquisition of Swedish car Brand Saab in 2010, which also no longer exists. Last week it was revealed that Muller is now also being prosecuted by the Swedish judiciary for his actions at Saab, Z24 reports. He is one of five former Saab executives suspected of financial crime. According to the Swedish authorities, Muller deliberately obstructed tax audits and thereby managed to hide 3.5 million euros from the tax authorities. Despite all these setbacks, Spyker unveiled its new sports car. The only question now is whether the company will actually be able to produce the C8 Preliator. In 2013 Spyker unveiled the B6 Venator, but that car never went into production. According to Muller, the question is irrelevant, Z24 reports. Paying customers can ask that question, no one else, he said. Though he did add that all was well with the orders and finance and the car will go into production in the fourth quarter. "The 'Preliator' name, which means 'fighter' or 'warrior' in Latin, pays tribute to that aviation heritage: 'Fighters' are warplanes as made by Spyker between 1914 and 1918. But even more so, 'Preliator' symbolizes the uphill battles Spyker faced and won in the past couple of years." Muller said at the unveiling.