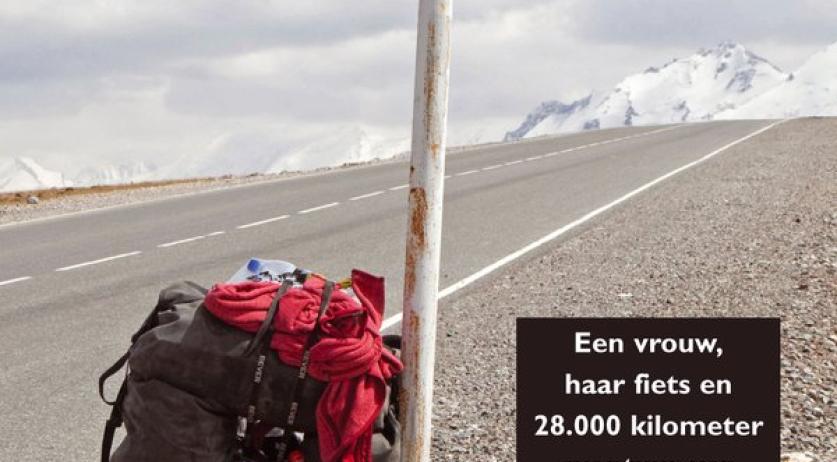 Friesland resident Marica van der Meer promised her friend she would attend her birthday party in Adelaide, Australia and that she would make the journey by bike. She did just that. The journey took her 15 months and spanned more than 28 thousand kilometers, but she arrived just in time for the party. A book about her travels, titled Weg van het wereld, was published last week, AD reports. The 47 year old Van der Meer started her journey from Workum on April 1st, 2013 with her Swiss 27-gear bike and luggage in five bike bags. She traveled through 21 countries, including 10 mountain peaks of 4 thousand kilometers high in the Himalayas, traveled for 452 days and crossed a total of 28,365 kilometers to arrive at her friend's home on June 26th, 2014 at 4:00 p.m. Just when the party started. Van der Meer cycled between 70 and 150 kilometers per day, sleeping in hotels, people's homes or camped in the wild. She worked with a 20 euros a day budget. He journey covered high mountains, scorching deserts wide highways, narrow lanes and rice fields. The trip was to escape the pressures of Western society and to enjoy beautiful cultures, people and nature. "I can not stand routine and repetition, and long ahead scheduled appointments", she said to the newspaper. "I can not stand when people whine about their existence. Go see a bit of the world, you will notice that you have nothing to complain about. During this trip I saw, not through the media with all its misery, but through my own eyes. Then you see how beautiful the world is."