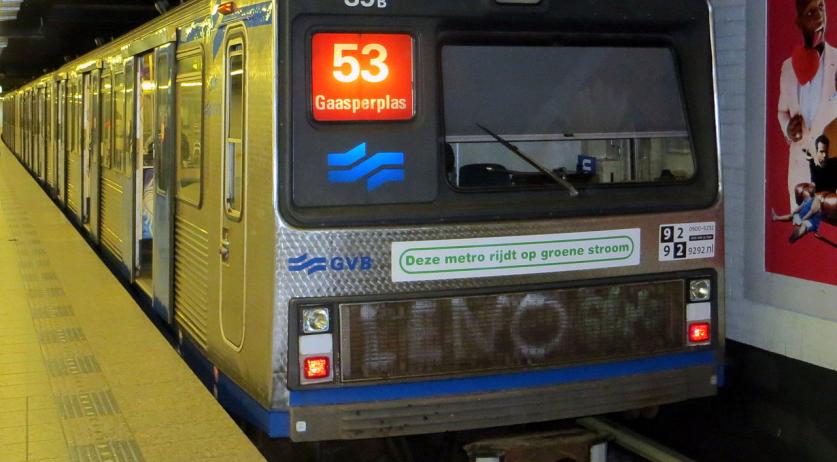 The project to renovate the Amsterdam subway Oostlijn (East Line) is completely out of hand, both in terms of time and costs. And the numerous problems with t renovation of Amsterdam's oldest subway line are partly caused by the way the municipality organizes such projects and a culture of trying to keep problems hidden, according to a damning report on the project by the Court of Auditors, Het Parool reports. Officials sometimes kept aldermen ignorant of big problems. And the aldermen in turn were not always open about matters to the city council. The renovation and modernization of the Oostlijn tunnel between Central Station and the Amstel station was supposed to be completed in 2009. Now the completion date is in 2018 and the cost more than doubled from 171 million euros to 360.1 million euros. According to the report, the project organization was not properly embedded i the municipal organization. The court also noticed "oppressive frameworks" in terms of time and money. As a result both the preparation for and the implementation of the project proceeded with many difficulties. The closed culture when it comes to reporting problems increased the problems, as many of those involved had no idea who to report problems to. The court formulated nine lessons those involved in the project should take away from this, and hopefully implement in the North/South line project. These lessons include: "involve the manager in order giving" and "a project is a joint task". In a response, the board of Mayor and Aldermen stated that the court's nine lessons are unnecessary, the lessons add little and they see no reason to implement them.