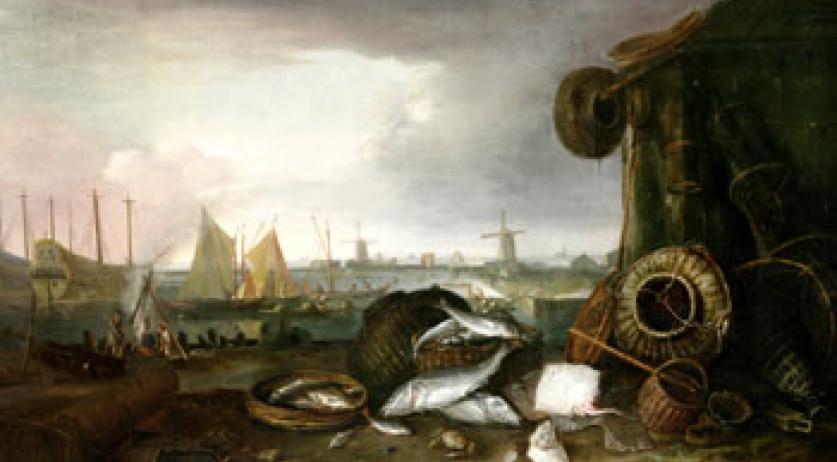 Members of the Ukrainian secret service SBU played a role in trying to trade the paintings stolen from the Westfries Museum in 2005, stolen art expert Arthur Brand revealed in the press conference about the stolen paintings in the museum on Monday, NOS reports. On Monday morning the museum announced that the 24 stolen paintings were traced to a Ukrainian militia, which is trying to sell them for a large amount of money. The museum called in Brand to help negotiate for the return of the paintings after attempts through the international police organization Interpol failed. Brand traveled to Ukraine and spoke with representatives of the militia. According to the museum, the militia has "completely unrealistic ideas" about what the paintings are worth. They want 50 million euros, while the paintings are actually worth between 250 thousand and 1.3 million euros, if they are in a good condition. As this does not seem to be the case, Brand estimates that they are actually worth around 500 thousand euros at the most. Brand offered the militia an amount of money on behalf of the municipality of Hoorn, but never got any response. The municipality also asked the Ministry of Foreign Affairs to try and retrieve the art through diplomatic channels, but this too was without success. "Later I heard from well-informed sources that the leader of the Ukrainian right-wing party Svoboda was in charge behind the scenes", Brand said at the press conference, according to NOS. "The name Velntyn Valvaichenko was also regularly dropped. That is the former leader of the Ukrainian secret service. I can not make everything public, but a connection between the stolen art and the secret service is therefore more than likely. Especially because members of the service are at least involved." According to the museum director Ad Geerdink, their first priority is to get the art back before it disappears again or gets damaged even more. "We have done everything we can and are now at a dead end. Now that the works of art seem to be at the point of disappearing again, we want to sound the alarm", he said in a statement on the museum's website. "To let potential buyers know that they are dealing with stolen art and to also give a true picture on the artworks' actual value." Photos of every painting involved in this case can be seen on the museum's website.