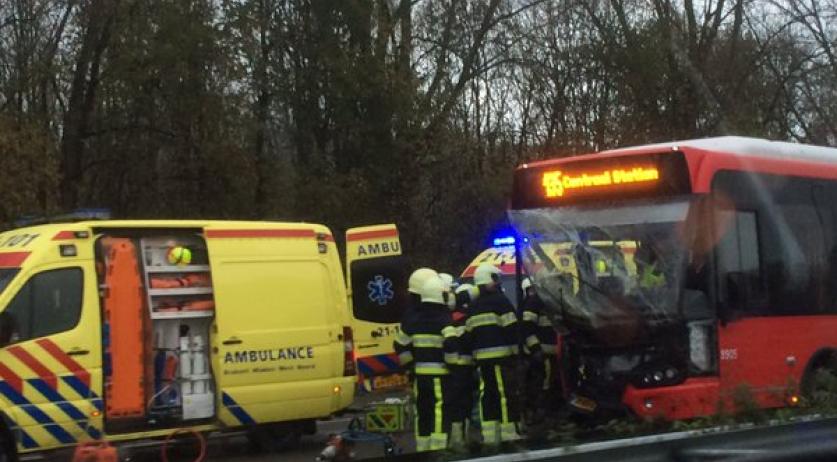 Six hurt so far in bus crash; A59 shut down

At least six people were injured when a bus crashed into a traffic jam on the A59 near Vlijmen on Wednesday morning. The highway was shut down in the direction of Oss. Three cars were damaged. According to the police, several people were stuck in affected vehicles, but all but one have since been freed. One wounded woman is still stuck in the bus. The wounded people are being treated on the scene by emergency services. They mostly sustained cuts and bruises. One woman was taken to the hospital with a serious injury on her leg. The occupants of the three damaged cars were not wounded, but are "seriously shaken up", the police state on Twitter. A trauma helicopter is at the scene to offer assistance. According to the police, the first priority is to get the wounded and other bus passengers to safety. Only once that is done will the bus and damaged cars be addressed.