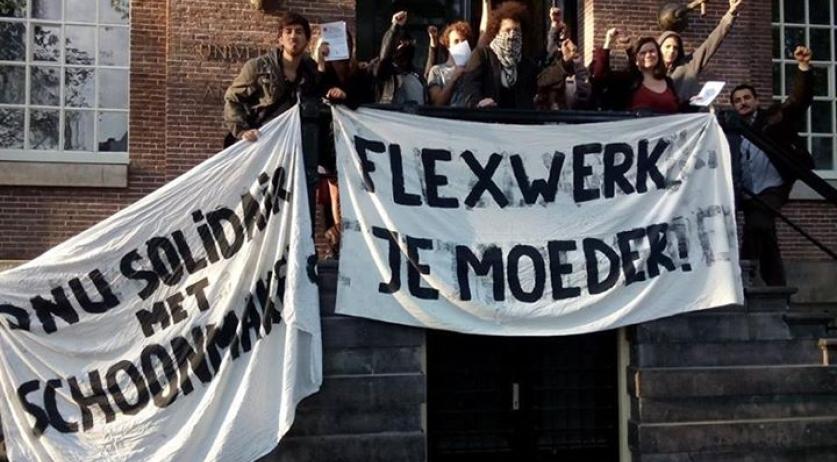 Student protest group De Nieuwe Universiteit, or The New University in English, has occupied another University of Amsterdam building. The university has pressed charges. The building involved is an office building on Oude Turfmarkt, NU reports. On Tuesday the protest group announced that this squatting "symbolizes a renewed wave of action" within the DNU. The students are tired of waiting for the university to set up committees as was agreed after the occupations of the Maagdenhuis and Bungehuis earlier this year. The UvA pressed charges on Tuesday night. It is now up to the municipality to decide whether or not the students will be removed from the building. "The UvA does not tolerate trespassing or the illegal use of UvA buildings", the university said in a statement. They added that over the past months the university has been working extensively on democratization, strengthening student participation and other matters that arose during the Maagdenhuis occupation.