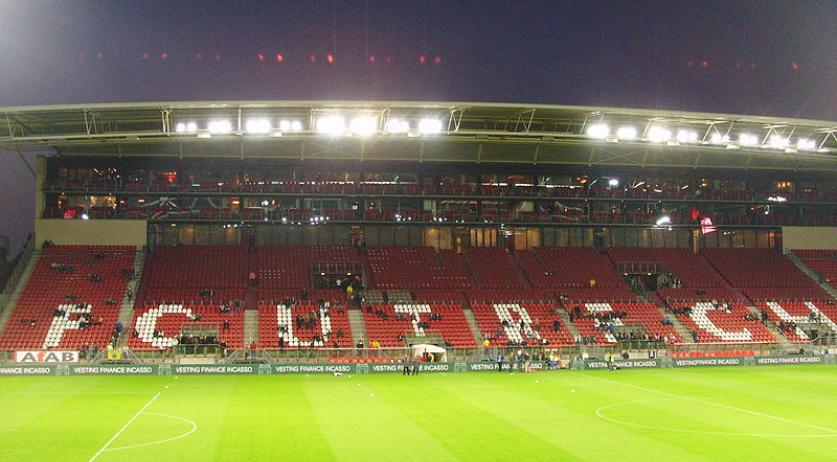 A group of FC Utrecht supporters chanted racist slogans during the clubs match with FC Twente on the Glagenwaard stadium on Sunday afternoon.  FC Utrecht director Wilco van Schaik has had enough of this "small group" of supporters and officially distanced the club from their actions in a statement on the club's website. He has also launched an investigation into those responsible for the chants. "We are not going to downplay this incident. We want to name it publicly and emphatically and send a clear message: we have really completely had enough of this, and with we we also include our audience who spoke up against these chants", Van Schaik said. "We have had it with those border figures who try to ruin a beautiful football afternoon every time." The racist chants once again came from the Bunnik side, where antisemitic songs could be heard during a home game against Ajax last season. Many Ajax supporters refer to themselves as "The Jews", though the team has no historical connection with Jewish communities. A number of Jewish groups are against this practice, which also prompts many teams to chant antisemitic slogans at rival fans. A neo-Nazi support banner also made an appearance during the match on Sunday. The banner read: "NSB DNA is in Utrecht's blood, SV FCU advises that the away end must be empty!" NSB refers to the National Socialist Movement, who were Nazi collaborators before and during the Second World War. SV FCU is FC Utrecht's supporters club. The banner was likely hung by Twente supporters, mockingly accusing Utrecht hardcore fans of being Nazi sympathizers. FC Utrecht management pledged to investigate the origin of all signs they found highly offensive at the match. Dutch football association KNVB imposed a 10 thousand euro fine after the antisemitic chant incident and decided that the Bunnik side will be empty during the next FC Utrecht-Ajax match at the Galgenwaard stadium, on December 13th. FC Utrecht decided that fans who have tickets for the Bunnik side will be allowed to watch the match from other stands. Last week Utrecht Mayor Jan van Zanen announced that Ajax fans will not be welcome at the stadium during next month's match. Ajax is very disappointed by this measure. "We find it outrageous that the perpetrators of these very offensive chants will now be present at the match and we have to go without supporters", Ajax director Jeroen Slop said in a reaction.