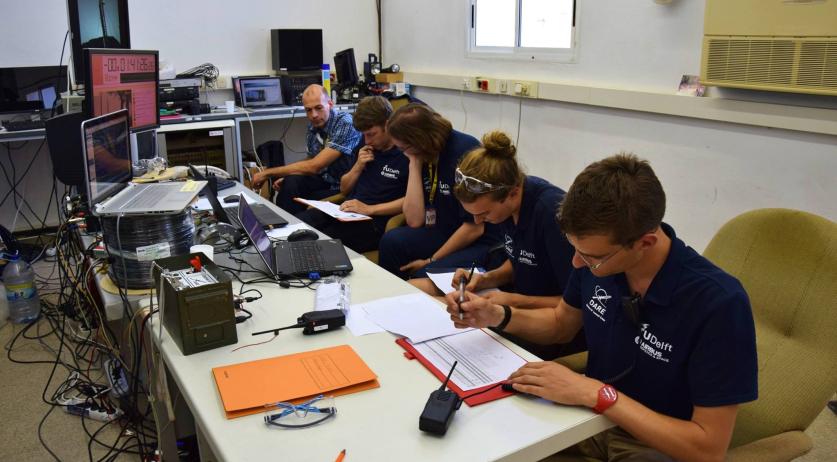 After the failure to launch their Stratos II+ on Thursday, students from TU Delft will attempt the record-breaking re-launch on Friday at 16:00. The rocket will launch over the Atlantic Ocean from the south of Spain. It is expected to travel to a height of around 50 kilometers at a speed of around 3 thousand kilometers per hour, laying claim to a new European record. The launch that was scheduled for Thursday was unsuccessful due to a valve on the engine not opening, leaving the 7-meter rocket firmly in the ground. Updates from the teams Facebook page has informed observers that the propulsion systems are being tested and the latest update is that weather conditions are improving and looking favorable for the scheduled 16:00 launch.