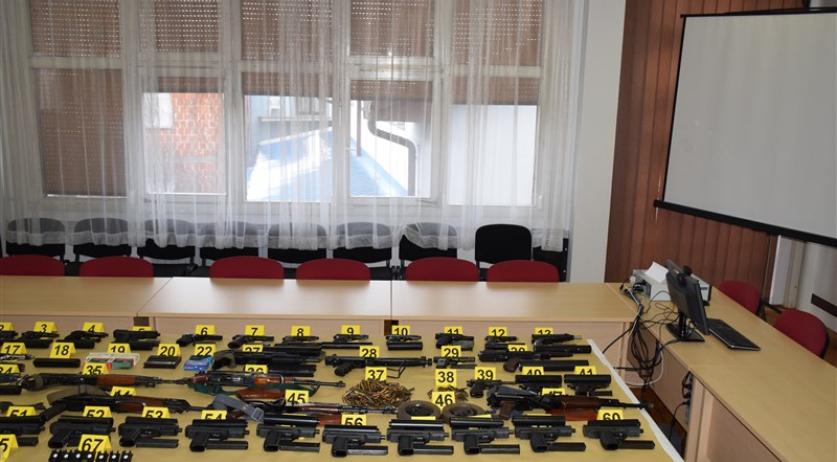 Police have seized nearly 24,000 illegal guns, fake guns, starter pistols and ammunition over the past two and half years, with an increase in the number of heavy weapons. Police told NOS that they find this very disconcerting. On average, 741 illegal firearms are seized monthly, with rifles, pistols and revolvers making up almost 50 percent of this total. Since 2013 seizure of imitation firearms is approximated to be around 4,300. Hans Vissers from the National Police says an increase in heavy weapons including sub-machine guns dramatically rose, with officers confiscating 170 in 2013 and 200 in 2014 with numbers expected to rise up to 250 for this year alone. Police are not only worried about the increase in gun possession, but also an increase in their brazen use, where they are more frequently drawn in broad daylight. Criminologists predict that these confiscations are just the tip of the iceberg, with more than ten times the amount of seized firearms are currently in circulation. Professor of criminology Toine Spapens believes that taking the weapons away is not enough, police must find where they are coming from.