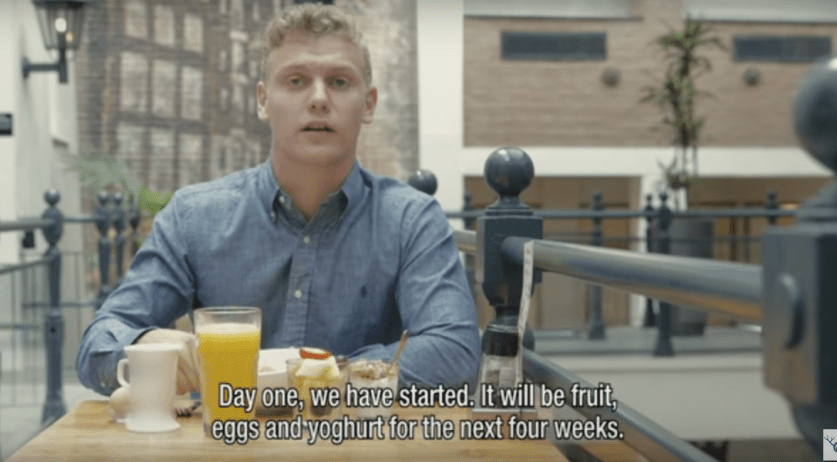 Video: Dutch man chronicles attempt to give up sugar, alcohol

The Dutch duo of Boris and Sacha Harland wanted to find out what the effects would be on the body if they gave up eating foods with added sugar and unnatural E numbers, as well as alcohol, for an entire month. The duo was motivated by the figures that indicate that more than the Dutch population suffers from obesity, and shot video of Sacha's experience for YouTube channel Lifehunters. Over the course of the four-week trial, fruit, eggs, yoghurt and water became Sacha's staple diet. By day four the duo was aware of irritability that had started to set in and on day five reported that he was constantly hungry. It began with physician Jessica Gal who assessed Sacha's initial state of health through a series of heart, lung, fitness and blood tests as well as an ECG scan. On the morning of the 25th day, Sacha reported that it was the first time that he had not craved anything sweet for breakfast. After the experiment Sasha reported that he could get up easier in the mornings and had energy to spare throughout the day. Over the course of the four weeks Sacha lost 4.3 Kilos, reduced his body-fat ratio by 1.3, and saw further decreases in both his cholesterol and haemoglobin count both at 0.6. In a discussion with a physician about sugar and healthy dietary habits, the following was recorded: an increase in one’s blood sugar leads the body to produce more insulin and thus creates a craving for more sugar. Both sugar and alcohol use vitamins from the body which in turn create us to become tired and, with alcohol, dehydrated. With new foods that have emerged over the last thirty years, the vast majority of them have sugar added and they are available on every street corner. A diet that is rich in fruit, vegetables and high-fibres breads is mixed well with unsaturated fats, which are actually good for your heart and blood. These could include oily fish, olive oil and low amounts of irregular alcohol intake. A variation in one’s diet is also recommended.