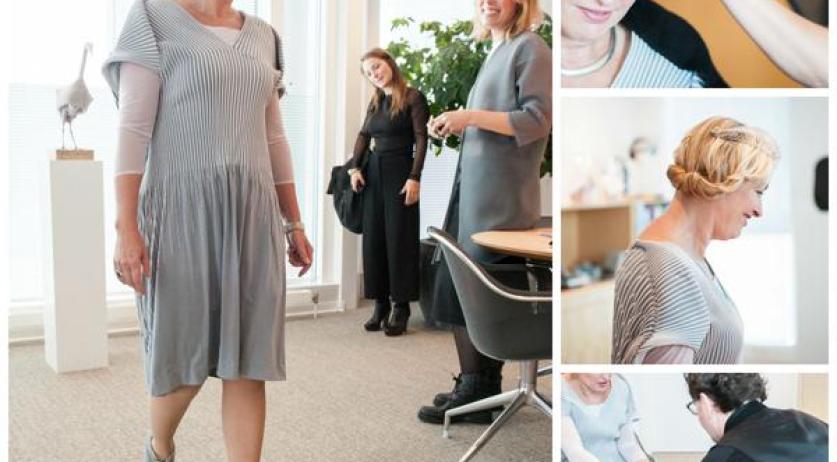 Education Minister Jet Bussemaker attended the Prinsjesdag ceremonies in an outfit made especially for her by students of TU Eindhoven. The entire outfit, comprising of a dress, hat and shoes, was made using 3D body scan technology an 3D printing. According to the university, the students and lecturers of the Industrial Design faculty secretly worked for two and a half months on the concept and realization of the outfit. The design was based on a 3D scan of the Minister's body and the shoes were printed with a 3D printer. The outfit resulted in mixed reactions on Twitter. Some called it ugly, while others had good things to say about the Minister's outfit. The Minster herself made the conscious choice to have her outfit designed scientifically, to show the potential of the high tech and creative industries in the country. "In Dutch education we teach our students to be pragmatic in their search for solutions. We are traditionally good at cooperating. And that finds good expression in this outfit", she said.