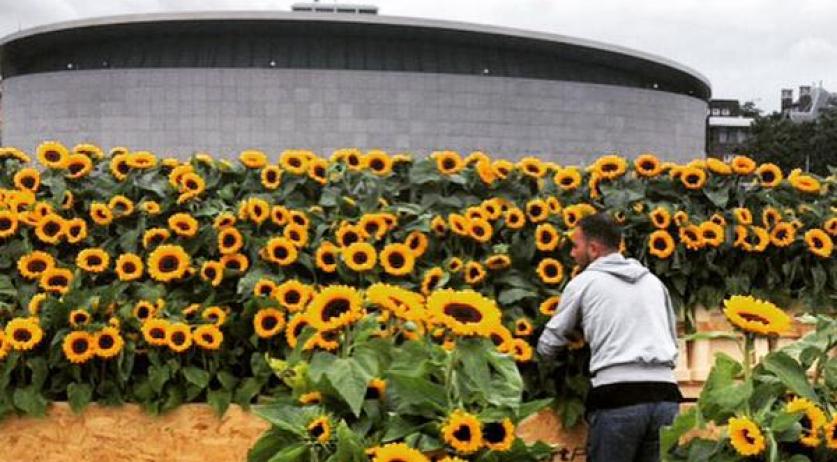 About half of the Museumplein in Amsterdam is being covered with a 7 thousand square meter labyrinth made out of 125 thousand sunflowers to celebrate the opening of the Van Gogh Museum's new entrance building. The entrance building will be officially opened on September 4th. The labyrinth will be open to the public this weekend. It consists of a photo deck and three Van Gogh inspired rooms, containing fan art, pictures of the construction of the new building and performances by singer-songwriters who wrote Van Gogh inspired songs for the event. The sunflowers will be handed out to the public on Sunday afternoon between 4:00 pm and 6:00 pm.