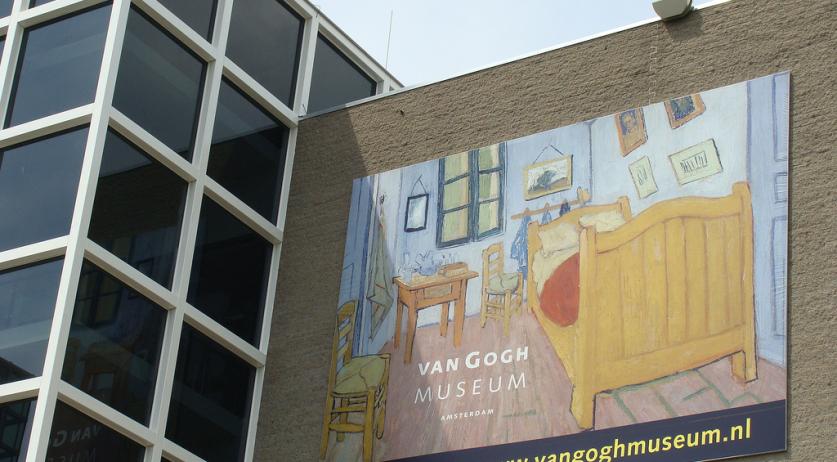 The Van Gogh Museum is building a labyrinth consisting of 125 thousand sunflowers on the Museumplein to celebrate the opening of the new entrance building. The labyrinth will cover an area of 7,000 m² - nearly half of the Museumplein. The Van Gogh Museum made this announcement on Monday. The labyrinth will be built in a record time of three and a half days by a professional crew. Visitors can access the maze for free on Saturday September 5th and Sunday September 6th between 9 a.m. and 5:00 p.m. Afterwards the sunflowers will be handed out to the public. The labyrinth will consist of a photo deck, where visitors can take pictures with stunning views of the Museumplein, the Van Gogh Museum and the sunflower labyrinth. There will also be three so-called Van Gogh inspired rooms - the first will contain a collage of Van Gogh fan art, the second will contain pictures of the construction of the new entrance. In the final room singer-songwriters will of the Netherlands' De Grote Prijs will perform songs specially written for this event. Performers include Gerson Main and Charl Delmarre. The Van Gogh Museum will be closed on Friday, September 4th, due to the official opening of the new entrance building. From Saturday, September 5th, the museum and its new entrance building will be open as usual.