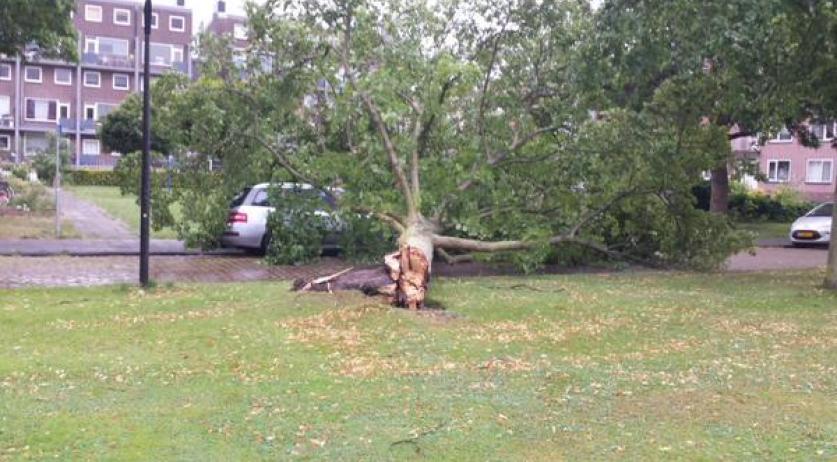 The massive summer storm that hit the Netherlands on Saturday caused estimated 13 million euros worth of damage, according to the Dutch Association of Insurers' initial prognoses. If this initial estimation holds true, the extent of the damage was "not huge" compared to other storms earlier this year. The Association does expect that the amount will increase, however, as not all damage claims have come in, NOS reports. Damage to homes, businesses and furniture make up the largest amount of the claims. The initial estimate also includes damage to cars, mos often the result of fallen trees and branches, as well as claims from holidaymakers who lost tents or caravans in the storm. The insurers are also expecting late claims from people who are currently on holiday and are not yet aware of potential damage to their homes.