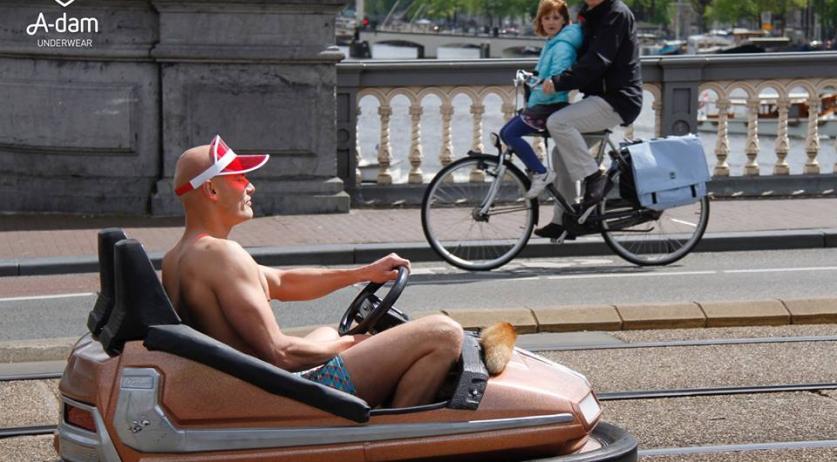 A man wearing nothing but his underwear and a sun visor drove through Amsterdam city center in a bumper car on Wednesday, amusing and confusing many area residents. After broadcaster AT5 posted pictures of the man on social media it sparked a lively conversation about the driver's identity and motives, with newspaper Parool eventually revealing it as a publicity stunt by local garment company A-Dam Underwear.  "No use wasting your days on monkey business. Sunny days are meant to be enjoyed," the brand wrote on their Facebook page. The bumper car was placed on a scooter chassis, Viviënne Houben from Magical Car Rental told AD. "There is a permit issued by the municipality of Amsterdam, otherwise you're not allowed on the road [with the bumper car]," she said.