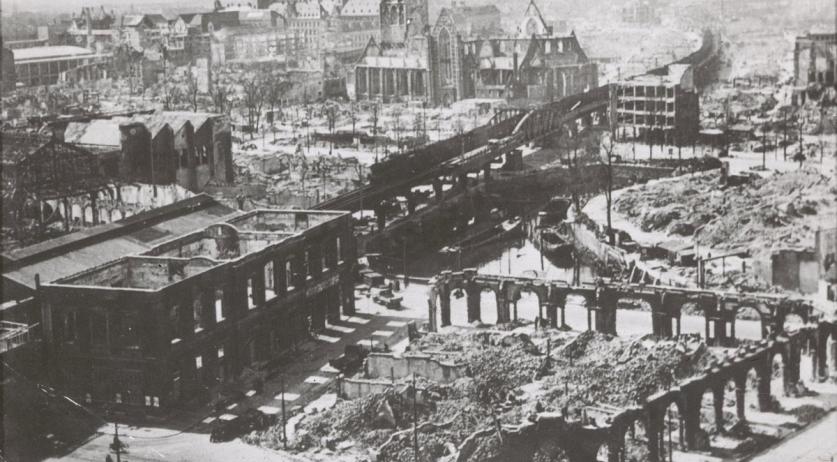 On Thursday Rotterdam will commemorate the 75th anniversary of the bombardment on May 14th, 1940 that destroyed the city center. The municipality will commemorate the events with gatherings at the monument on Statenweg and at the monument De Verwoeste Stad by Ossip Zadkine on Plein 1940, where Mayor Ahmed Aboutaleb will lay down a wreath, NU reports. Bells and church bells will ring between 1:29 p.m. and 13:39 p.m. in the burn border - the border of the devastated area of the city. Mosques in Rotterdam will by flying the flag at half mast on Thursday. There will also be a memorial concert at the Prinsekerk on May 16th. The World War II bombardment on May 14th, 1940 killed about 850 people, left nearly 80 thousand people homeless and destroyed more than 24 thousand homes.