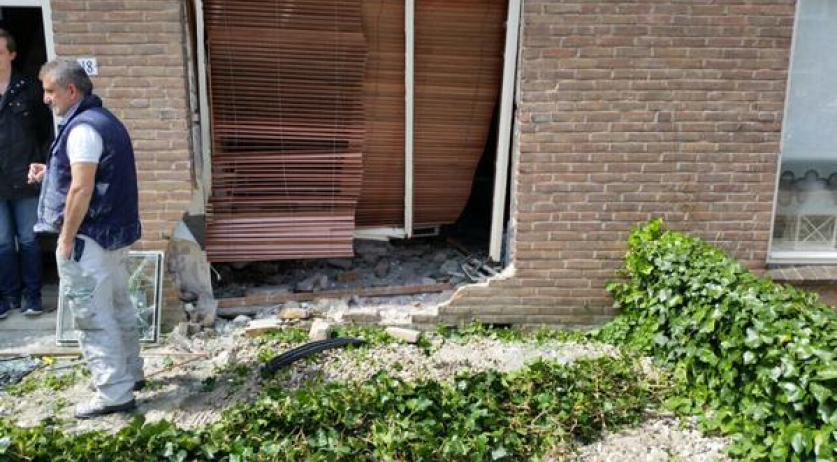 A 10-year old girl drove her mother's car straight through a wall into the neighbour's living room on De Ruyterstraat in Barendrecht, the fire department reported on Friday.  The girl's mother left her car keys in the car, when her daughter started it up with the car already in first gear. She was unloading groceries from the vehicle at the time and rushed to get the car back under control. However, the mother was struck and knocked down as the car motored through the neighbour's wall, according to broadcaster NOS. "Yes, it was stupid, but that is what I almost always do," the mother said about leaving the keys in the car to RTV Rijmond. Nobody was hurt in the accident, and the neighbours were not home at the time, according to the police. The street was temporarily closed so that police could clear the wreckage and tow the car from out of the living room. Rotterdam-area salvage firm A. Barendregt managed to pull the car from the wall working with local contractors.