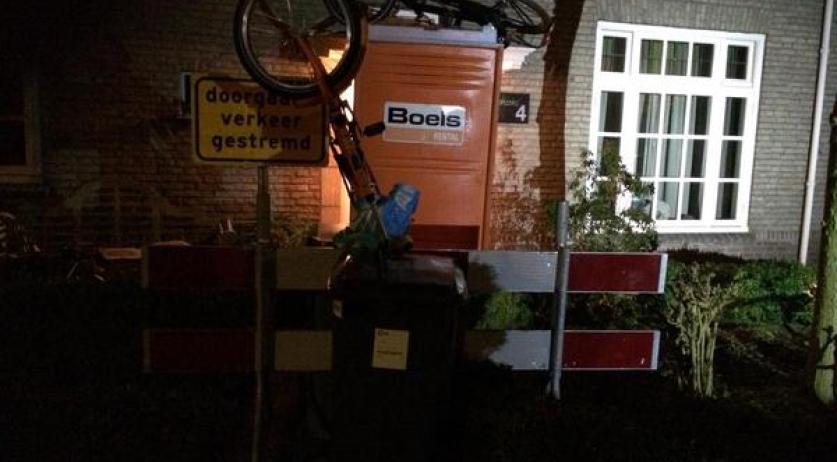 An area resident returning home early Tuesday morning could not enter his Valkenswaard house after discovering his friends had created a "impregnable fortress," according to police and Omroep Brabant. The friends had blocked the door of the Irenestraat house with a roadblock, signs, plates, bicycles, building materials and a portable toilet to prevent the man from entering his house. The prank was made out of sheer amusement, police say. Officers were not thrilled by the gag, and were concerned about access to buildings being blocked off if an emergency occurred, creating an unsafe situation for both residents and emergency responders. They officially wrote up all five of the pranksters, police said just before 6 a.m. https://twitter.com/politieheeze/status/567545990312640512