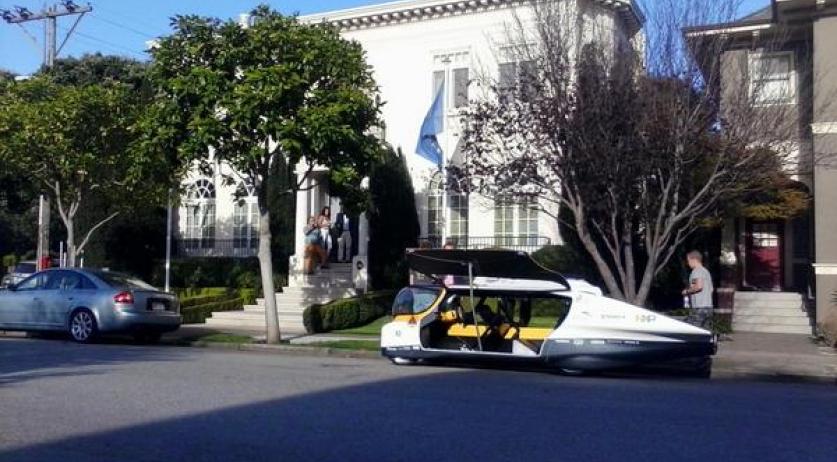 Students of the Eindhoven University of Technology (TU/e) won the "Best Technological Achievement" award at the Crunchies awards ceremony in San Francisco. They won this award for the Stella - the world's first family solar powered car. The AD spoke to team manager Lex Hoefsloot, and he is very happy with the award. "You always hope for it, but if I am being perfectly honest, I did not expect it. We stood in a row between big names." The runner up was Apple's Apple Pay, which enables you to make contactless payments with your mobile phone.

Stella is the result of a team-up between TU/e and NXP Semicondctors. The solar panel on the roof of the Stella can provide enough power to drive up to 500 miles (about 805 kilometers) on a full charge and the car can drive up to 80 miles (about 129 kilometers) per hour. Stella also won the World Solar Challenge in 2013. https://twitter.com/TechCrunch/status/563552697534517251