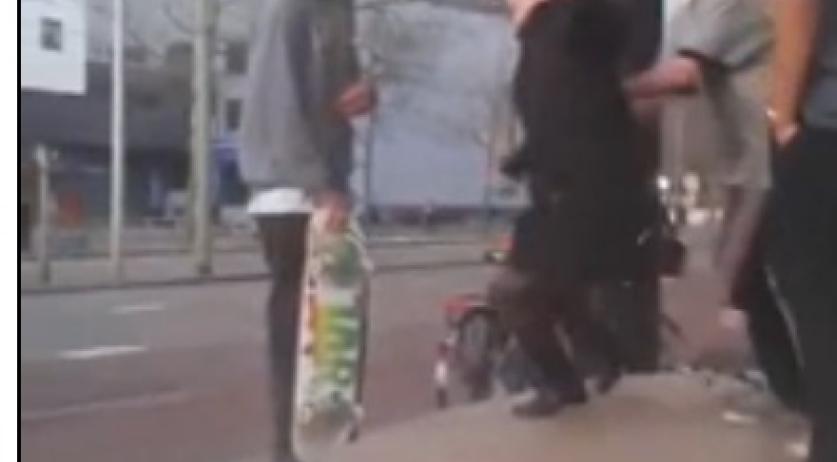 A woman was callously thrown down stairs by a skateboarder at the Spui in The Hague on Tuesday, a video making rounds on the internet suggests. The video shows the woman being pushed before falling down a set of stairs, and lying motionless for several moments at the bottom. The youth of about 16 seems unconcerned about his actions, and is more interested in the video's popularity, according to ad.nl. When approached by a reporter, the youth watched the online video repeatedly while smoking a joint. "You'll be famous," laughed his onlooking friends. "I didn't intend for her to fall so hard," he explained. "She stood in the way. I wanted to do another nice trick," he continued. "But looking back, I say, she should not have gotten in the way." The woman was leaving the business center where she works using the doorway just behind the stairs in the video. The sidewalk is narrow, and the woman asked the skaters if they would  move just before the incident occurred, reported ad.nl. One skater said she asked politely, "but apparently not to his liking," another skater chimed in. The police have identified the youth, and are waiting for the woman to press charges to take further action. https://www.youtube.com/watch?v=wXdpOF0nOSc