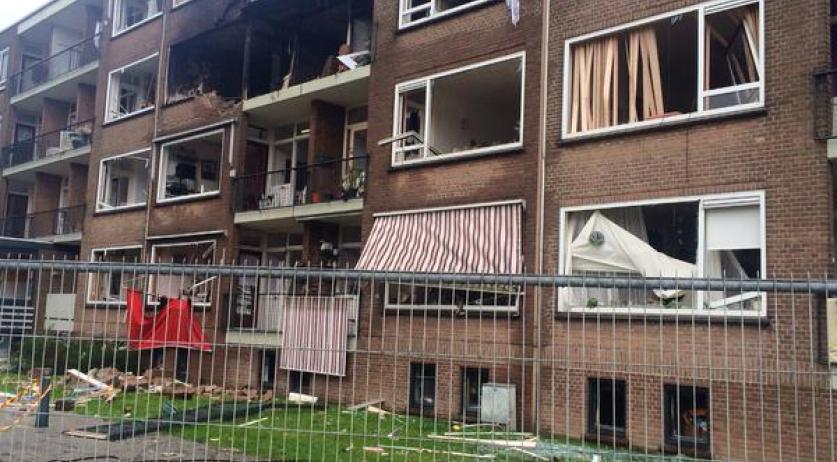 Residents head back into blown up building; unliveable for months

The residents of the apartment building in Rotterdam in which there was a gas explosion on Sunday, may now go to collect their belongings after being initially barred from the building because it was unsafe. The director of housing corporation Havensteder said on Tuesday that residents will be allowed to enter under supervision. According to director Van Lieshout, the contractor is working hard on the affected apartments and many of them have already been propped up. Residents can therefore return home to collect pets, bank cards, medicine and other belongings. Havensteder believes that all of the affected apartments can be renovated and that the building won't have to be demolished. For the people who live in the apartments that were most affected, it could take up to 6 months before they can return home. The houses that were damaged to a lesser extent may be ready within a few weeks. Rotterdam councilor Ronald Schneider guarantees that everyone will have a roof over their heads in the coming days. The municipality is also helping people who are not or poorly insured. A counter was set up on Archonautenweg where people can go with questions.