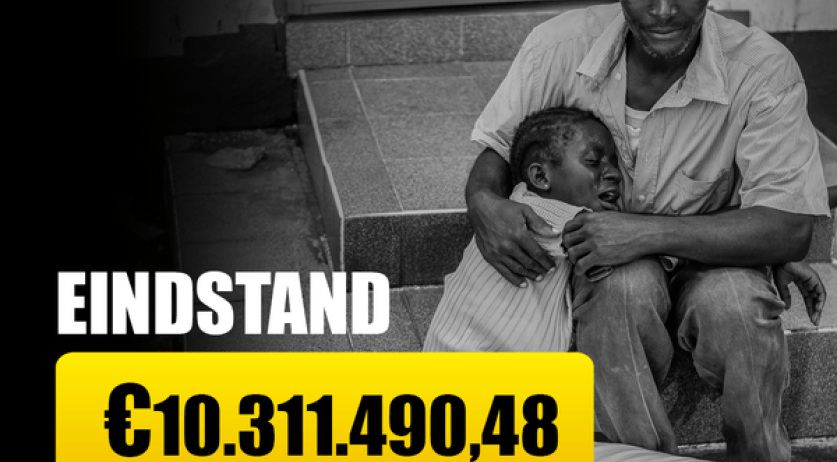 Over €10 million donated in Ebola fight

Dutch people contributed more than 10.3 million euro during the campaign against Ebola. The Cooperating Aid Organizations (SHO) announced the final count of the fundraiser today. The donated money is used for food, medical care, counseling, distribution of hygiene kits and the care of orphans. According to the latest figures, more than 22 thousand cases of Ebola have been identified in the affected West African countries. Nearly 8,800 people have died of the disease. The organizations united in SHO started its first national action for a disease that has caused a disaster to address the epidemic in Liberia, Guinea and Sierra Leone. The national action began on November 28th at the Instituut voor Beeld en Geluid (Institution for Vision and Sound) in Hilversum. A call panel of Dutch celebrities was set up. More than 20 thousand people called them to donate. The public broadcaster broadcast special news bulletins and all channels and broadcasters paid attention to the action. Although the number of Ebola cases is decreasing, it could still take up to 6 months to get the epidemic under control. The relief organizations' approach has shifted "from the slowing down of the outbreak to the end of the epidemic". Relief organizations are currently focusing on Guinea, one of the three countries that were hit the hardest. There are hardly any new cases in Liberia.